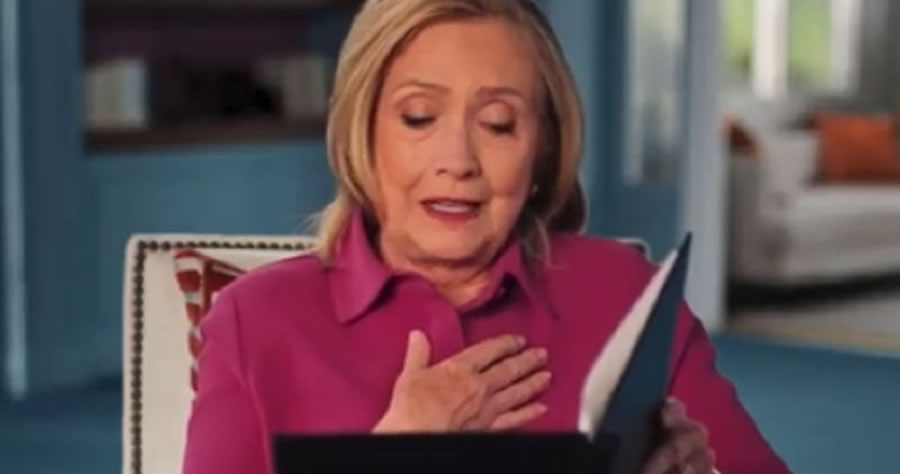 Appearing on NBC’s new Masterclass platform, which features lessons from “luminaries from all walks of life,” Clinton broke down sobbing as she read the victory speech she had planned to give if she had beat Donald Trump.
The narcissist also admitted that she did not bother writing a concession speech.

“In this lesson, I’m going to face one of my most public defeats head-on by sharing with you the speech I had hoped to deliver if I had won the 2016 election,” Clinton says before beginning the speech.

“My fellow Americans, today you sent a message to the whole world,’ she begins, sharing what she would have read to the world. ‘Our values endure. Our democracy stands strong. And our motto remains: e pluribus unum. Out of many, one,’” Clinton said, beginning the speech.

#US 🇺🇸 Hillary Clinton Gets Emotional as She Reads Her “Would Have Been” 2016 Victory Speech pic.twitter.com/Nfx8quGnJx

“We will not be defined only by our differences,” Clinton continues. “We will not be an us versus them country. The American dream is big enough for everyone. Through a long, hard campaign, we were challenged to choose between two very different visions for America. How we grow together, how we live together, and how we face a world full of peril and promise together.”

“Fundamentally, this election challenged us to decide what it means to be an American in the 21st century. And for reaching for a unity, decency, and what President Lincoln called ‘the better angels of our nature.’ We met that challenge,” she adds.

Clinton eventually goes into the importance of becoming the first female president.

“I’ve met women who were born before women had the right to vote. They’ve been waiting a hundred years for tonight,” she said. “I’ve met little boys and girls who didn’t understand why a woman has never been president before. Now they know, and the world knows, that in America, every boy and every girl can grow up to be whatever they dream — even president of the United States.”

The former First Lady begins to cry as she talks about her mother.