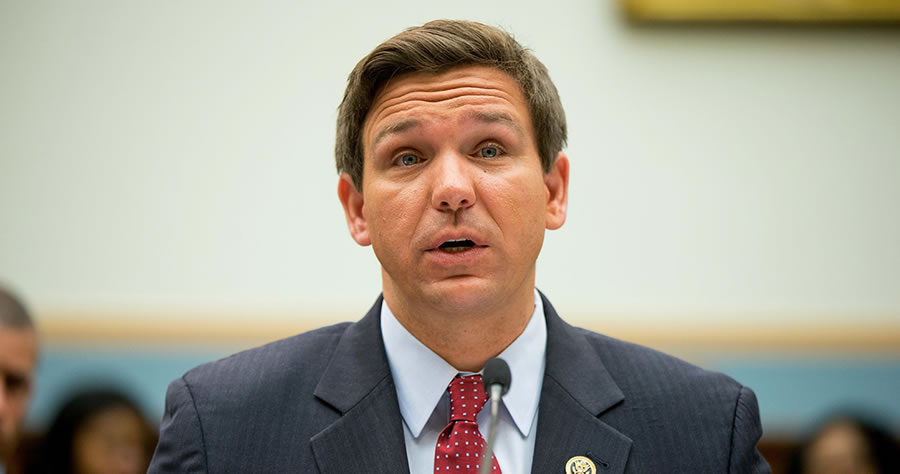 The freedom-loving locomotion of Ron DeSantis never runs out of power. This guy is an absolute freight train when it comes to fighting back against leftist insanity, corporate brainwashing, and cancel culture everywhere. He turned a purple state decidedly red in the span of just a few years, but more importantly he set a standard for all future conservative leaders.

A few days after bringing the fight to Disney, revoking their special exemptions under the half-century-old Reedy Creek Act, DeSantis once again proved that the formula to defeat leftism in America is by going on the offensive. This time, the attack is on social media corruption.

Widely reported last week was billionaire Elon Musk;s bid to purchase Twitter outright. He offered a substantially higher-than-market price to the board, which was nevertheless denied. There is speculation that Musk’s ownership could reveal algorithms that prove censorship, or worse, government connections to the tech behemoth. Everyday leftists cry about Trump getting back on, bjut TPTB have much bigger worries.

Hence, they shut him down and invoked the “poison pill” response.

That move has been widely seen as running counter to the interests of shareholders, something not missed by DeSantis. He relates this financial blunder to the state’s pension system, an investor in Twitter common stock.

Here is DeSantis telling the rest of the story:

“[In] the state of Florida and our pension system, we have shares of Twitter. I didn’t buy it, we have people that run the fund. But nevertheless, it hasn’t exactly been great on returns on investment. It’s been pretty stagnant for many, many years – nevertheless, to me that’s probably an injury to the fund.

So, we’re going to be looking at ways the state of Florida, potentially, can be holding these Twitter board of directors accountable for breaking their fiduciary duty.

DeSantis wasn’t done. Not seen in the clip was a further expansion on this idea. The media outlet Truth Tent covered more of the speech:

“The question is, why would you reject the 20% premium? I don’t think that was a rejection based on financial concerns or business judgment,” [DeSantis said]. “They rejected it because they know they can’t control Elon Musk, they know he will not accept the narrative, and that their little play toy of Twitter would not be used to enforce orthodoxy and to basically prop up the regime and these failed legacy media outlets.”

Even former CEO and current Twitter board member, Jack Dorsey, blamed the board for “dysfunction.

Musk wants more speech on Twitter, not the ideological censorship the ones and zeroes have been employing against right-wing accounts.

DeSantis warned that if the poison pill used by the board is ideological in nature and has nothing to do with shareholders, “the question now is what is the recourse.”