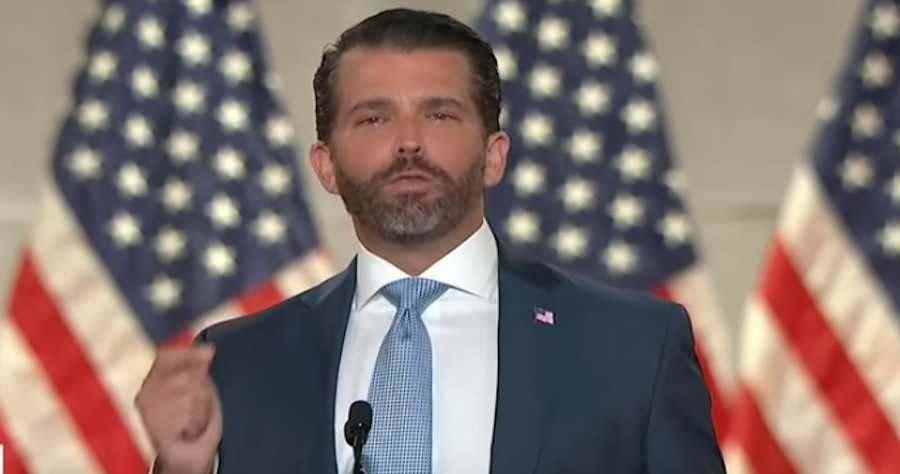 Donald Trump Jr. is not his father. His dad is indeed one-of-a-kind. But there are certain traits and features that have clearly been passed down from Trump the elder, particularly when it comes to their personalities. One of the more endearing qualities in both men is their plainspokenness. They don’t pull any punches, especially when it comes to issues and politicians about which they are passionate. Such was the case with Trump the younger when he weighed in on a hot-button topic recently, as reported by the Washington Post on Sunday.

The subject was the Biden Administration’s flirtation with so-called “student loan forgiveness,” and Don Jr. didn’t hold back:

“Biden essentially wants blue-collar workers like truck drivers — who didn’t have the luxury of going to college to get drunk for four years — to bail out a bunch of upper-middle-class kids who chose to spend tens of thousands of dollars that they didn’t have on worthless gender study degrees.”

What’s fascinating about both men, Donald Sr. and Donald Jr., is that despite being brought up in wealthy families and having both attended the Ivy League’s University of Pennsylvania, they’re both able to not only understand the common man and woman but relate to them as well.

While Trump Jr. himself may have been one of those partying college students during his time on campus, he’s astute enough to recognize the inherent unfairness in the Democrats’ proposals of waving a magic wand to make student debt just disappear. Millions of Americans never went to college, for whatever reason. Masons, plumbers, and electricians, for instance, are earning livings as productive members of society and never incurred such debt. And Biden wants them to pay for the college kids?

Many of us who did go to college paid as we went or found other means by which to have our college costs paid for, such as the G.I. Bill or employer tuition reimbursement offerings. We didn’t get a free ride. We had to serve our country or work our tails off for a company to reap the rewards of their fringe benefits. And we did so exactly for the purpose of avoiding incurring crippling debt.

Another trait that Trump Sr. seems to have passed on to his son is political instincts. Forgiving student debt is a bad idea politically. Really bad. For those who will benefit from the scheme, they’ll likely be happy and will vote for Biden. But chances are, they were going to vote for Biden anyway. White college-educated women, for instance, vote overwhelmingly for Democrats with polls showing the number at 62%. This plan would mostly just reward those who are already voting blue.

So, what about the rest of us? The idea of handouts for votes sickens many of us, regardless of who’s getting the cash, and that’s exactly what this plan is. It’s a bribe. Independent voters will recognize the maneuver for what it is, and so will blue-collar workers, baby boomers, and Gen Xers. Additionally, when we consider the out-of-control spending this administration has already engaged in and the inflation it has wrought, student loan forgiveness looks even more irresponsible.

Democrats apparently see the student loan forgiveness plot as a political winner for them, but it’s not. They’ll be shooting themselves in the foot if they follow through with it, and they’ve already been shooting themselves in various other body parts. It’s good to know that Republicans like Don Jr. will be there to call them out on it when they do.