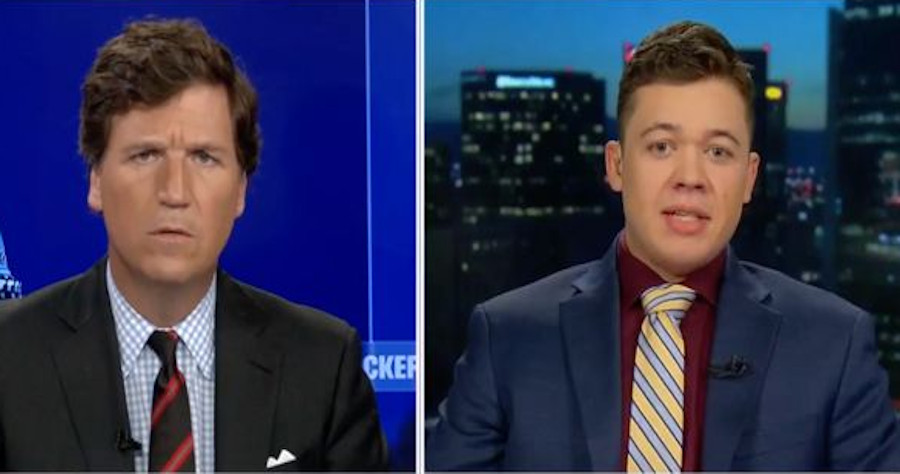 The rightfully exonerated, self-defending Kyle Rittenhouse returned to Tucker Carlson’s primetime show the other night to discuss his new plans to hold loudmouth athletes, celebrities, and media companies accountable for spewing lies and slander. His appearance did not disappoint.

As he continues to work behind the scenes on his own legal activities, Rittenhouse’s big revelations came as he discussed his latest venture – The Media Accountability Project. As the name infers, Rittenhouse hopes to build an organization that can provide support for the next victim of obscene media and social media maltreatment and further hold those same entities responsible in court.

Here is Rittenhouse in his own words:

“Me and my team have decided to launch The Media Accountability Project as a tool to help fundraise and hold the media accountable for the lies they said and deal with them in court. I don’t want to see anybody else have to deal with what I went through. So I want to hold them accountable for what they did to me, because I don’t want to see anybody have to go through what I went through.”

When asked who potential targets were for himself, he put the Holocaust-sympathizing Whoopi Goldberg ont he top of his list.

“Well, right now, we’re looking at quite a few politicians, celebrities, athletes, Whoopi Goldberg’s on the list. She called me a ‘murderer’ after I was acquitted by a jury of my peers. She went on to still say that.”

Rittenhouse went on to say that slanderous labels such as white supremacist, racist, and murderer would simply not be tolerated.

Kyle Rittenhouse is perhaps the most notable name in the world of defending his reputation and  pushing back against corporate media hacks and clueless celebrities. He certainly won’t be the last, either, given the vicious history of leftist cancel culture.

Fox News recalled the predecessor to Rittenhouse, another kid named Nicholas Sandmann who likewise stood up and won against leftist tyranny.

“Nicholas Sandmann, the Covington High School student who launched several lawsuits against media organizations for their coverage of him in 2019, previously had communications with Rittenhouse following the trial.

Sandmann came under attack from the media after a video of him wearing a red Make America Great Again hat went viral, showing the then-16-year-old standing in front of a Native American elder on the steps of the Lincoln Memorial at the March For Life. News organizations falsely portrayed Sandmann as the aggressor during the altercation.

CNN, The Washington Post and NBC News all made settlements with Sandmann so far.”