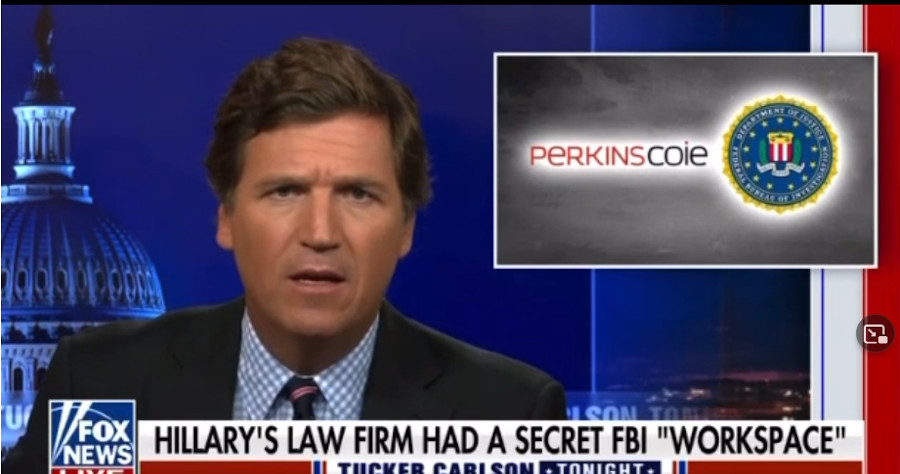 Yesterday, Hillary Clinton’s lawyer Michael Sussmann was acquitted in the first trial of the Durham probe, where he was charged with lying to the FBI.

While Sussmann’s acquittal may clear him in the minds of some people, Democrat operative’s cozy relationship with the FBI still remains an issue. This became even clearer last night after Perkins Coie, the DNC law firm that Sussman worked at, admitted that the FBI maintains a workspace at their law office.

The admission comes after the law office responded to a letter sent by Rep. Matt Gaetz (R-Fl.) and Rep. Jim Jordan (R-Oh.)

The admission is important for multiple reasons; first, it exemplifies the reason the Durham probe was necessary in the first place, due to the cozy relationship between Democratic political operatives and the FBI that investigated President Trump for collusion with Russia.

Second, it means that Democrat lawyers and operatives potentially had access to FBI databases where they could perform search queries on American citizens.

The revelation is in line with past complaints about abuses by the FBI and other intelligence agencies of the FISA database.  FISA judge Rosemary Collyer discussed these abuses going back to 2012, saying that a shocking 85% of FISA searches by the FBI are unlawful. While the Durham probe did not secure a conviction in its first trial, this proves why it is more necessary than ever before