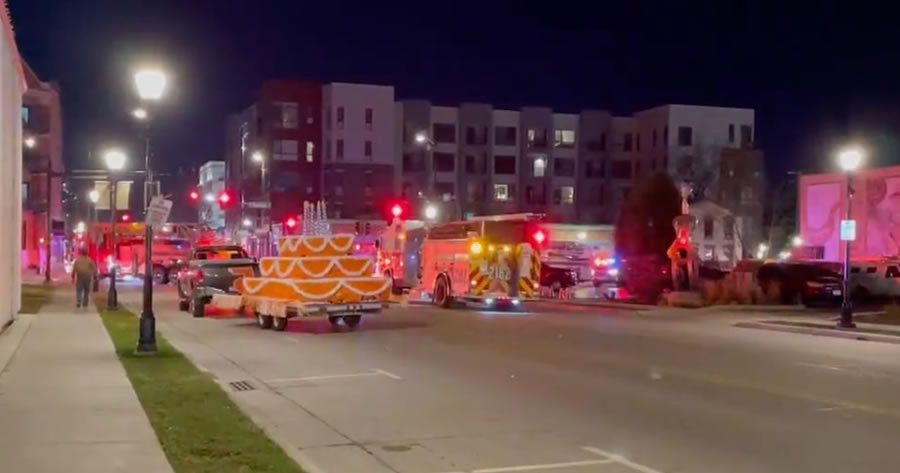 DEVELOPING STORY: There are mass casualties after a driver plowed through a Christmas parade in Waukesha, Wisconsin. The town is about 20 miles from Milwaukee. Video filmed during the parade show a red vehicle breaking through a police barricade at a high rate of speed and careening into the parade goers. One eyewitness says he saw at least 30 people on the ground near one intersection. Click here to follow Todd for breaking news.

New video shows the red vehicle traveling at a very high rate of speed as parade-goers scream in horror.

Video from mass casualty incident at a Christmas parade in Waukesha Wisconsin pic.twitter.com/YYtNqbBM0Q

The Waukesha County Sheriff’s Office incident command post is on site. There are bag chairs and handfuls of candy stranded all along Main Street.

Another man told us he heard a handful of shots and ran for cover. He was almost hit by the SUV as it pulled through. @fox6now pic.twitter.com/xxSgfdTmpM

I’m in Waukesha now for reports of a shots fired incident at the Christmas parade here. pic.twitter.com/CoZga6nN0U