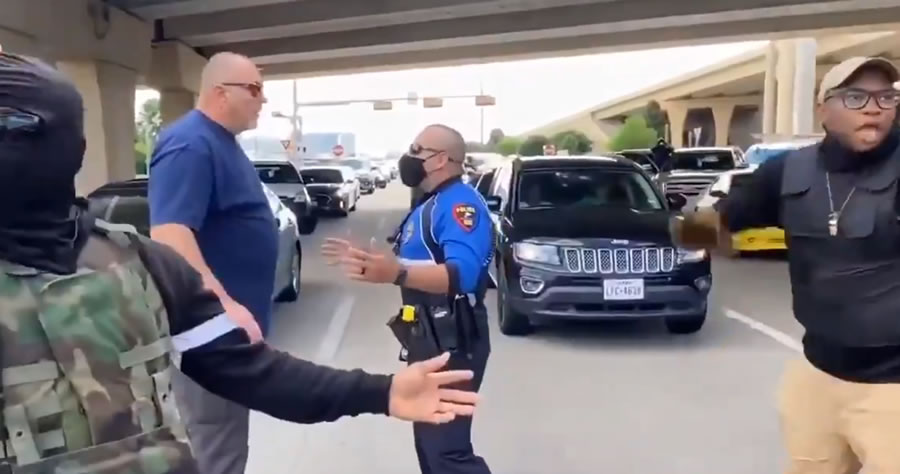 See, BLM protesters in Plano, Texas are just as intoxicated by the power, attention, and accommodation they get from the national press as the BLM/Antifa/Black Bloc cabal is in every state. And so they came out to block a major intersection used by regular working folks, emergency vehicles, commercial transportation, and all of the normal kinds of traffic that normal people rely on every day for their health, well-being, and income.

They block this because they are told every day by the TV networks and Democrats who exploit them, that they are fighting against “systemic racism” by depriving people with no power of the very roads they need to get by.

The cops don’t, won’t, and can’t do much about it. In this case, they did absolutely nothing at all until a fed-up citizen tried to take matters in hand. THEN suddenly the cop is ready to get someone out of the intersection.