BREAKING: President Trump Releases Findings from Pima County AZ – Precincts with Over 100% Turnout! “Either A New Election Should Immediately Take Place Or The Past Election Should Be Decertified” 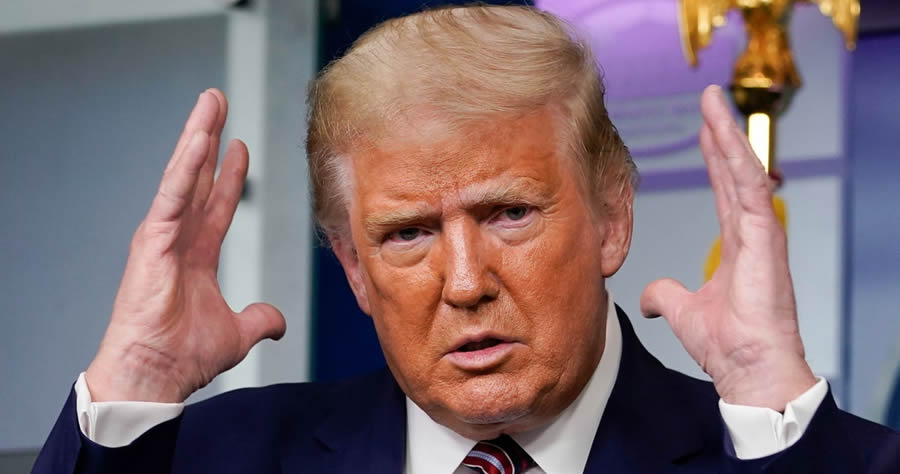 The Gateway Pundit reported on a statement earlier, where President Trump teased this release.

These new findings from the Pima County mail-in ballot analysis are both damning and determinative. They show that fictitious votes were inserted into the system.

The Gateway Pundit reported that AZ State Rep and candidate for Arizona Secretary of State, Mark Finchem hinted at these findings at the last Trump rally, and he is fighting for a full forensic audit of Pima County.

Statement by Donald J. Trump, 45th President of the United States of America
A new analysis of mail-in ballots in Pima County, Arizona means the election was Rigged and Stolen from the Republican Party in 2020, and in particular, its Presidential Candidate.

The analysis derived from publicly available election data, shows staggering anomalies and fictitious votes in Pima County’s mail-in returns, making it clear they stuffed the ballot box (in some precincts with more ballots than were ever sent!)…. 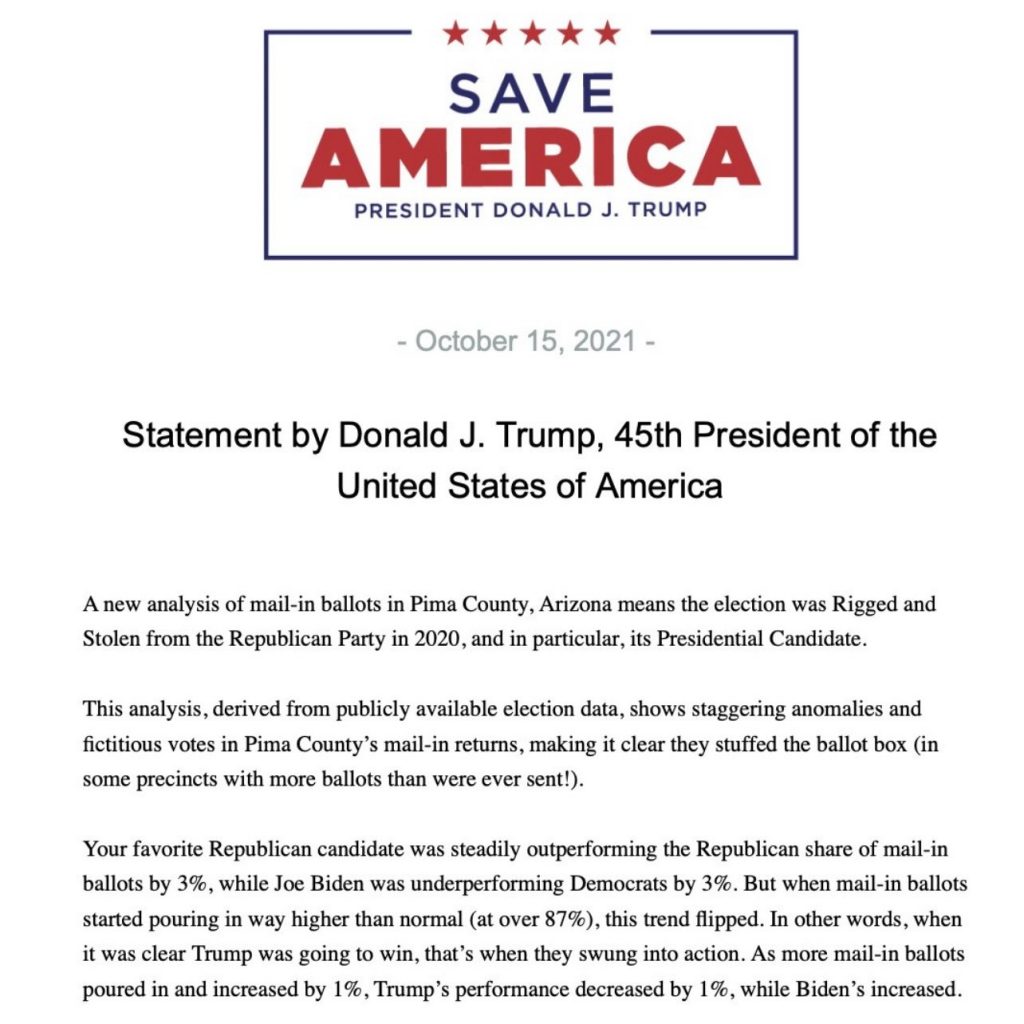