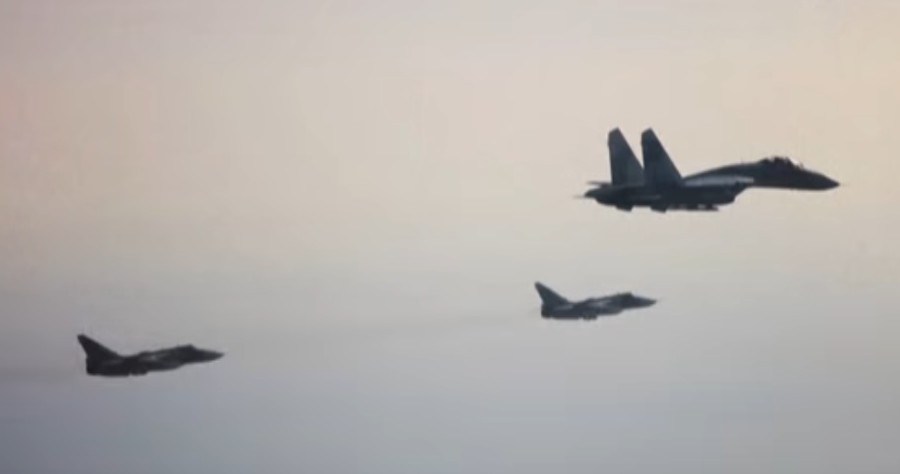 The western world responded to Russia’s invasion of Ukraine with crippling sanctions and military aid to the embattled country. At the outset of the attack, Russian President Vladimir Putin promised harsh retaliation against any country that attempted to ‘interfere’ in the conflict.

Sweden has been a leading proponent of imposing harsher sanctions on Russia, particularly Russian companies and business leaders that ‘have Putin’s back.’ Sweden is also sending military Ukraine to aid, including hundreds of thousands of field rations, body armor, and helmets.

Russia carried out an alarming escalation against Sweden earlier this month after it violated Swedish airspace with fighter jets equipped with nuclear weapons. Leading experts on Russia have said that the move communicates that Russia ‘has nuclear weapons and could consider using them’.

“Two Russian planes that violated Swedish airspace earlier this month were equipped with nuclear weapons, it has emerged.

The flyover near the island of Gotland on March 2 was a deliberate act designed to intimidate Sweden, according to Swedish news channel TV4 Nyheterna.

A total of four planes had taken off from the Russian air base of Kaliningrad.

They consisted of two Sukhoi 24 attack planes, which were escorted by two Sukhoi 27 fighter jets.

It was the two attack planes which were, according to TV4 Nyheter sources, equipped with nuclear weapons.

The violation of Swedish territory lasted for about a minute.

It was then, say Swedish media, that it was confirmed the Russian planes were equipped with nuclear warheads.

‘This is a signal to Sweden that we have nuclear weapons and we could also consider using them,’ military strategic expert Stefan Ring told TV4 Nyheter.”