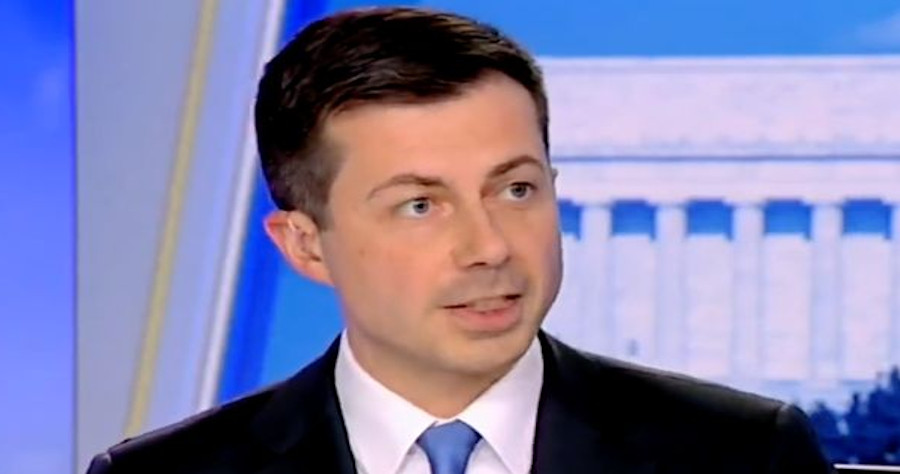 In the next week, Joe Biden and the rest of the corrupt swamp will be convening for the annual White House Correspondents’ Dinner. This event will not require masking nor proof of vaccination for its guests.

At the same time, the recently-defeated mask mandate on public transportation, courtesy of a brave federal judge in Florida, is being challenged by this same administration – along with the bloviating talking head allies in the corrupt media establishment – via thr Department of Justice.

Let’s not mince words: Joe Biden and the self-styled elitist ruling class wants to remind everyone that they are better than you. “Masks for thee, but not for me” might as well be slogan for any Democrat candidate in November.

Bret Baier noticed this glaring hypocrisy and asked Mayor Pete to his face about the optics of this situation. He obviously could have asked about the science, of which there is none, that supports masking; however, he chose to simply discuss the politics of hobnobbing pols showing their faces when these same clowns demand their subservient populace cover their own.

Mayor Pete is such a manipulative, uncaring, elitist weasel. And he’s so fake. Just, so fake. He knows exactly what Baier is asking and he pretends to be providing an authentic answer. Look, politicians have always lied, but when it comes to the Covid facscim of the last two years everything is so obvious – and they keep lying to our faces about it.

The worst part has to be where he goes into Full Condescension Mode with his “most of us understand the difference between a hotel ballroom and an airplane” and especially his “and I know this is confusing.” What an absolute tool. For starters, why don’t you tell us the difference between a hotel room full of ruling class tyrants and a plane full of peons? Let’s begin with that.

But wow, that second line – “I know this is confusing.” There is nothing confusing at all, Mayor Pete. The fact is you want a world bifurcated along the elites and commoners, where each has its own set of rules by which to abide. When this Covid fascism ends, there needs to be a war crimes trial. Add Pete to the list of the accused for his constant gaslighting and playing into the narrative.

What follows is a transcript of part of the exchange:

Brett Baier: “The fact that Dr. Fauci is not going – does that send a signal, does it say something? I mean, what should people interpret from that?”

Mayor Pete: “Well, I think, as he said, that’s his personal assessment of his personal risk. And I think we are moving into a phase where that’s where a lot of decision making is going to lie.

We’re seeing, of course there are ups and downs and maybe there will be more, but generally we’ve seen a move where you’ve got fewer and fewer general requirements for everybody. And more and more it’s on you as an individual, as a shopper, as a traveler.”

Baier: “I got it. But when I introduced you, I was talking about the Justice Department appealing that ruling to keep that mask mandate on public transportation, right up your alley. I mean, don’t you think voters will look at that and hold the Biden administration, or Democrats, kind of responsible for something they really don’t want.”

Pete: “Well the main consideration there isn’t the politics of it. It’s making sure there’s clarity on the public health authority that the CDC has. In other words, that would be important to pursue even if they’re not going to use it. Even if they determine, Whether we’re talking about planes, trains, buses, that the mandate is no longer needed. And as you recall it was actually set to expire in a few days anyways.”

Baier: “I know. But if you’re sitting at home. You just told me you’re going to the WHCD. The president is going to the WHCD. You’re not mandated to wear a mask there. But the administration at the same time is fighting a lawsuit to mandate people on planes, trains…and buses to wear masks.

So, if you’re sitting at home, there’s a disconnect here.”

Pete: “Well I think most of us understand the difference between a hotel ballroom and an airplane. And, again, a lot of this is about what authorities the CDC has. So even if they don’t think we need it at all. They’d still want to make sure that we get clarity in court on the legalities of it.

But look, As a practical matter, and I know this is confusing. If you’re getting on an airplane. It’s your call. It’s up to you. And I think The most important thing right now Everybody is treated with respect. Those who choose to wear a mask and those who choose not to.”