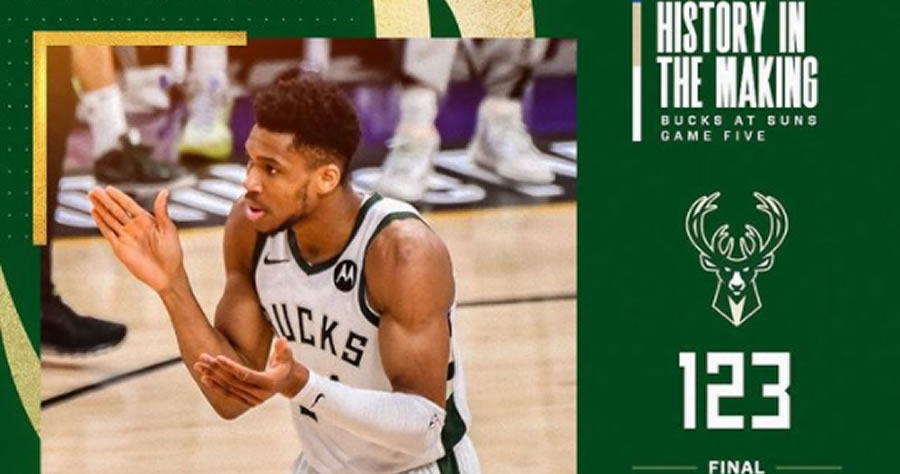 The Milwaukee Bucks beating the Phoenix Suns in game five of the NBA Finals didn’t put up monster TV ratings.
According to TVSeriesFinale.com, the Bucks beating the Suns and taking a 3-2 lead in the series averaged 6.35 million viewers on ABC in the early data.
Due to it being a live sporting event, the final number for the game will rise once more data rolls in, but it’s still not great.
The NBA used to get huge ratings in the NBA Finals. Just a few years ago, the numbers were north of 17 million viewers without any issue.
Now, people just don’t seem to care much at all. As I said above, the final number will go up, but it still won’t be anywhere near what it was a few years ago.
The real sad part here is that the Suns/Bucks series has actually been a ton of fun. It’s the most fun NBA Finals that I can remember over the past few years.

Ratings are way down.