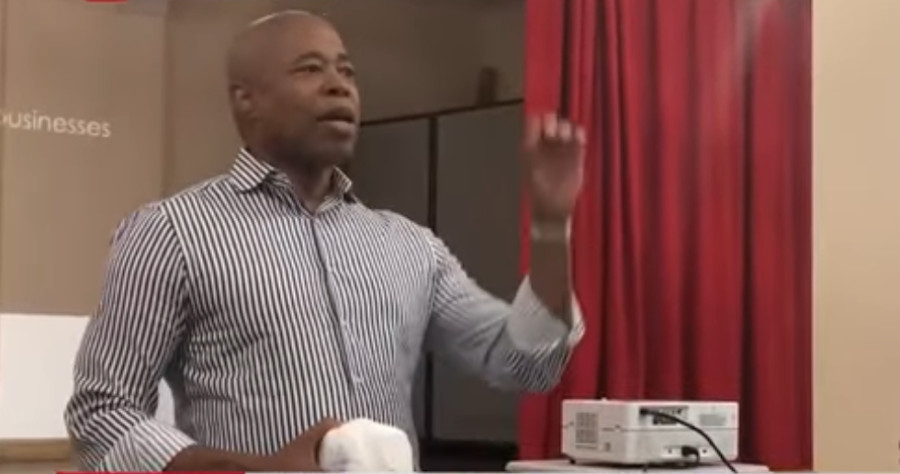 A 2019 video of newly elected Mayor Eric Adams resurfaced showing him using a racial slur during a talk about policing.

The video shows Adams speaking to a crowd at the Harlem Business Alliance about his rise through the ranks of the New York Police Department (NYPD).

While speaking to the crowd, he used a racial slur to refer to the white officers he outperformed as he promoted throughout his career as a police officer.

The video, which is shown below, Adams can be heard saying:

“Everyday in the police department I kicked those crackers (expletive), man. I was unbelievable … I became a sergeant, a lieutenant, and a captain, you know the story. Some people oversell it trying to reinvent me, but the reality is: what I was then is who I am now.”

During a press conference on Friday, February 4th, Adams was asked about his use of the racial slur, which prompted him to issue an apology. He said:

“Should not have been used. Someone asked me a question using that comment and, playing on that word, I responded in that comment.

But clearly, it is a comment that should not be used and I apologize not only to those who heard it, but to New Yorkers because they should expect more from me and that was inappropriate.”

Mayor Adams said that the comment referred to his efforts to combat racism in the department. He added:

“My fight in the police department was fighting racism throughout my entire journey. And I was serious about fighting against that and that is what it was attached to, the question that was asked. And that, you got my response, based on what the question was.”

“Whenever a controversial video of a police officer surfaces online, we ask for fairness instead of a rush to outrage.”