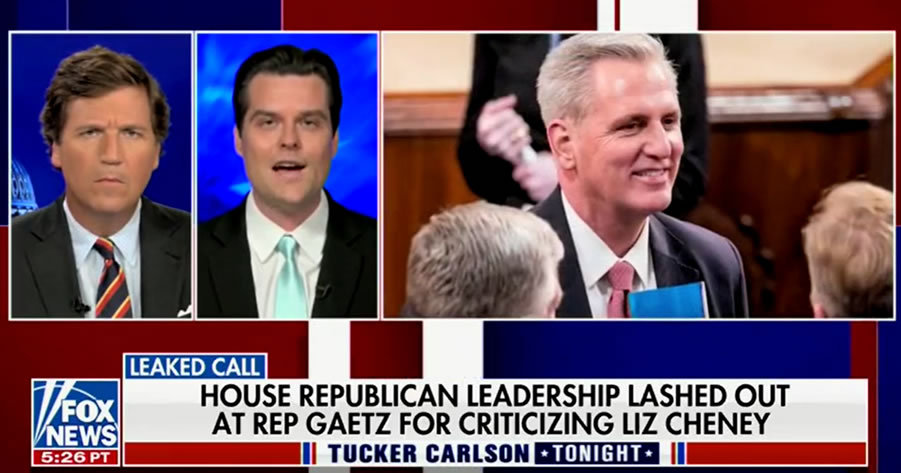 House Minority Leader Kevin McCarthy is facing widespread criticism within the Republican Party and conservative media over recently revealed comments in which he said he believed President Donald Trump should resign and wished that tech companies would suspend GOP representatives from their platforms.

“Tension is too high, the country is too crazy. I don’t want to look back and think we caused something or we missed something and someone got hurt,” McCarthy said.

“Kevin McCarthy is a puppet of the Dem Party” pic.twitter.com/oNUExc5qL0

The GOP leader also floated stripping Brooks of his committee assignments, although he ultimately declined to do so. Brooks is running to replace Republican Sen. Richard Shelby.

Brooks declined to weigh in on McCarthy’s remarks, citing the fact that he will not be in the House of Representatives after the end of the current term.

Gaetz, on the other hand, has repeatedly ripped into McCarthy, while appearing to suggest that Ohio Rep. Jim Jordan should be Speaker of the House should Republicans take back the lower chamber.

Jordan “is the hardest working and most talented member of the Republican House Conference. And every member knows it,” he tweeted on Saturday.