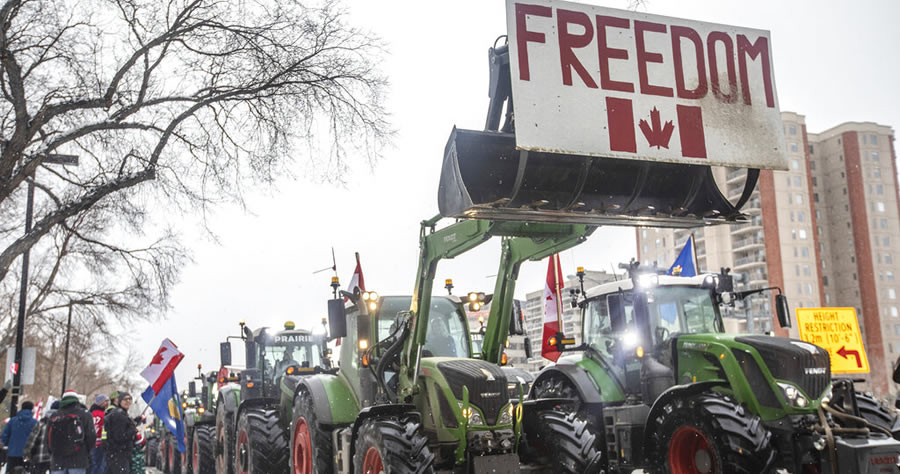 Canada’s Justice Minister, David Lametti, has told Trump supporters who donated to the “Freedom Convoy” to “be worried” about having their bank accounts frozen.

Speaking with CTV News, when Lametti was asked if regular citizens who donated to the “Freedom Convoy” protests in opposition to the vaccine mandates should be worried about having their assets frozen by the government, Lametti singled out pro-Trumpers. The reporter asked:

You just compared people who may have donated to this to the same people who maybe are funding a terrorist. I just want to be clear here, sir. A lot of folks say, ‘Look, I just don’t like your vaccine mandates and I donated to this, now it’s illegal, should I be worried that the bank can freeze my account?’ What’s your answer to that?

“Well, I think if you are a member of a pro-Trump movement who’s donating hundreds of thousands of dollars and millions of dollars to this kind of thing, they oughta be worried,” responded Lametti.

SHOCK: Trudeau’s justice minister says that being “pro-Trump” is a factor that will decide if your bank account is seized under their Emergency Orders. https://t.co/Ez5GPgvup1