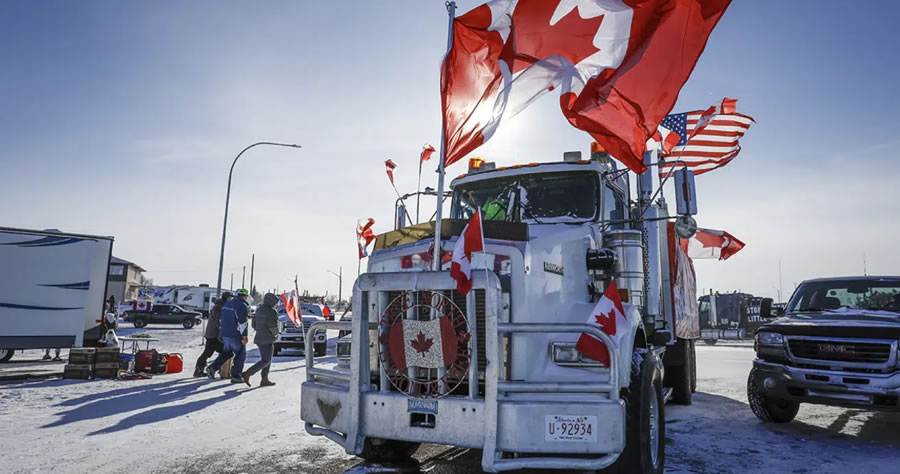 Canadian Prime Minister Justin Trudeau is making threats…against Americans. After thousands of individuals have donated money to the GoFundMe set up to support the Canadian truckers deemed the Freedom Convoy 2022 fighting back against Canada’s vaccine mandates, Trudeau is making personal threats.

Minister Mendicino identified the Ottawa protest group as a “violent”, “hate” group. The Ottawa truck drivers were described as an “angry, loud, intolerant and violent crowd,” who “threaten the national security of Canada.”

Mendicino said on Monday that Canada has a “robust” intelligence community that will flag to the government concerns of national security, as well as a separate branch within the RCMP that looks into these types of issues.