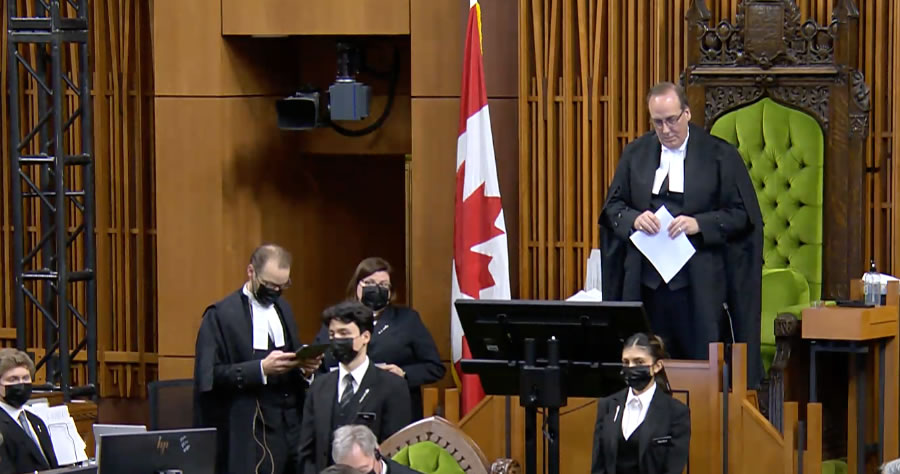 A vote in Canada’s Parliament on Monday night resulted in the confirmation of Prime Minister Trudeau’s declaration of the Emergencies Act over the freedom protests that have gripped the nation for three weeks. The vote was 185 in favor to 151 against.
Right after the vote, Interim Conservative Leader Candice Bergen rose to issue a motion to rescind the declaration, and stated that Conservatives would continue fighting for Canadians’ rights.
The vote was split along party lines, with the Liberals and NDP voting in favor of Trudeau’s declaration of the Emergencies Act, and Conservatives and Bloc Quebec opposed. NDP leader Jagmeet Singh said that he would endorse the Act, if reluctantly.
Prime Minister Justin Trudeau did not attend the vote in Parliament, and neither did his most of his Cabinet. Members of the Liberal Party refused to say whether or not this vote represents a confidence vote in the House of Commons.

The Conservatives ask whether the vote on the Emergencies Act is a confidence vote. Trudeau’s Liberals refuse to answer.

Justin Trudeau did not bother to show up for the vote. pic.twitter.com/mB6FtMKU13