Canadian Truckers Block Bridge to US in Protest of COVID Restrictions 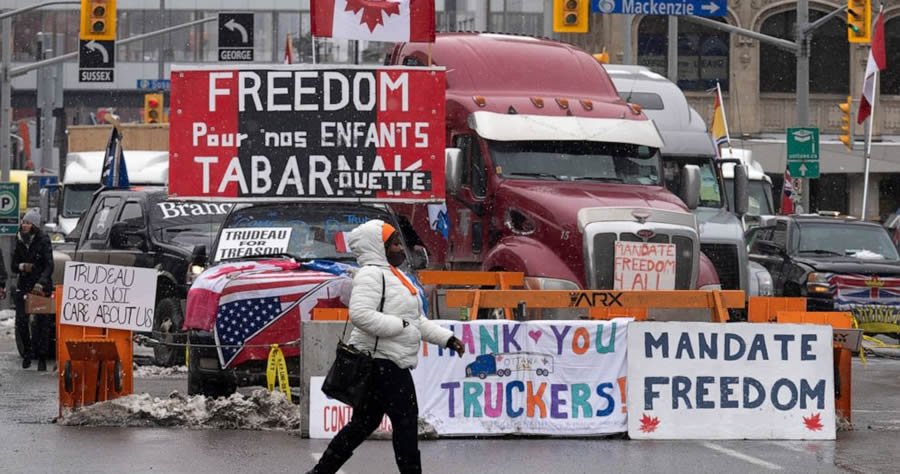 The Ambassador Bridge was closed at about 8 p.m., leaving thousands of truckers stranded on Detroit roads, Fox 2 in Detroit reported. The television news said the U.S.-bound traffic on the bridge was reopened early Tuesday morning.

Customs and Border Protection reported there were no delays restricting travel across the bridge.

In an attempt to avoid the gridlock Monday night, officials in Michigan and Ontario had started diverting traffic to the Detroit-Windsor tunnel and the Blue Water Bridge.

The traffic jam was sparked by the Canadian Freedom Convoy, a group of truckers from Ottawa protesting Canada’s vaccine mandate, according to Fox 2.

The Canadian truckers had blocked traffic on the bridge. The protest prevented motorists from passing and eventually led to the bridge being shut down.