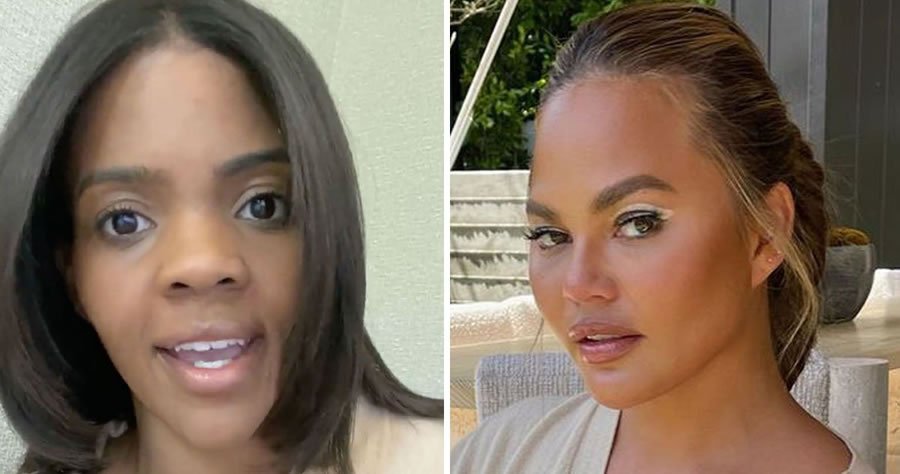 Candace Owens has called Chrissy Teigen a ‘massive, disgusting hypocrite’ in a furious rant over the cookbook author’s resurfaced tweets.
The political commentator hit out after Chrissy, 35, apologized for a number of mean messages about Courtney Stodden, including where she told the teen bride to kill herself.

Chrissy, 35, has since apologized for her actions and said she’s mortified by the posts.

Courtney – who uses pronouns they/them, hit back by slamming Chrissy’s claim that she had previously tried to contact them privately to say sorry for the tweets.

Weighing in on the unfolding drama, Candace Owens took to Twitter to also criticize Chrissy’s attempt to apologize. 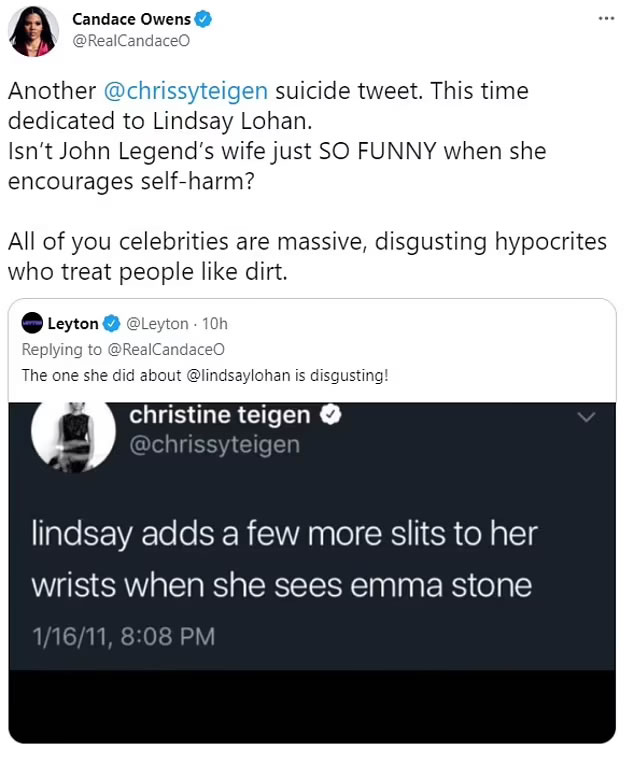 Candace fired: “Chrissy Teigen has offered a public apology to Courtney Stodden for encouraging her to commit suicide as a teenage, but ONLY because I blew the story up.

She just forgot to mention that she uses social media to encourage teenagers to kill themselves. https://t.co/HfNMpxOmDy

“The media has given Chrissy a pass for YEARS as she has monstrously attacked people, repeatedly simply for just existing.”

Candace than posted a number of historic tweets from Chrissy showing her to have attacked other famous faces in the past.