Candace Owens: Parents Who Bring Kids to Drag Queen Story Hour Should Have Them Taken Away 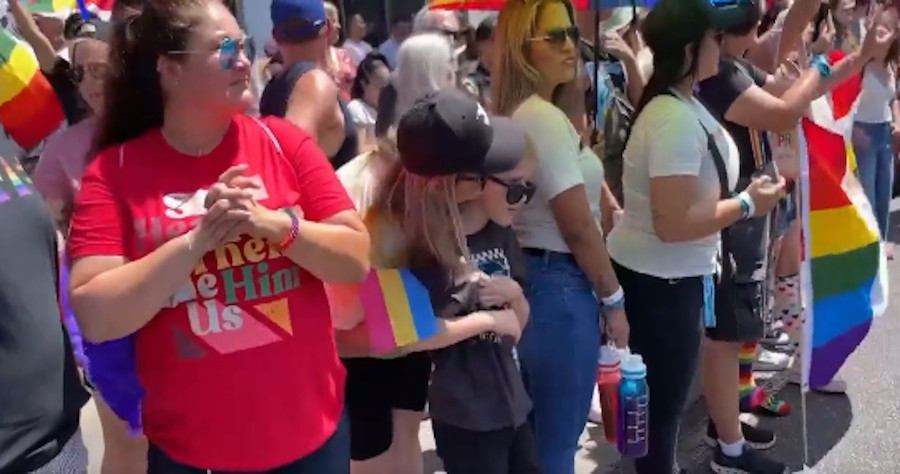 Conservative commentator Candace Owens had strong words for parents who bring their kids to events like “drag queen story hour,” saying they should “have their children taken away.”

Owens made the comments on Wednesday during an edition of The Daily Wire’s podcast, Candace.

She began by suggesting ‘Pride Month’ be renamed ‘Shame Month,’ claiming the “absolute debauchery” which stems from the celebrations is an attempt to program children into thinking some of the wildest of escapades are normal behavior.

Owens noted “seeing images of children putting dollar bills in half-naked men that are dressed up as women,” something underscored by the surfacing of disturbing images earlier this month.

The drag event for children at a gay bar in Dallas, Texas was called “Drag the Kids to Pride.” It was held at the Mr. Misster gay bar & club. Children & transvestites danced in front of an electronic sign that read, “It’s not gonna lick itself.” pic.twitter.com/tcgiqhqCbH

Candace Owens then pivoted to ‘drag queen story hour,’ a phenomenon rising on the left.

Owens pointed to a recent report that in New York City, over $200,000 has been spent on drag queen shows … in schools!

I am quoted in this article, and I will reiterate: Any school in my district participating in ‘drag queen’ degeneracy risks losing their funding.

Adult drag performers have NO BUSINESS in our schools, and they will not be in my district. Period. https://t.co/rCKuvYNW0K

By subscribing, you agree to receive emails from ThePoliticalInsider.com and that you’ve read and agree to our privacy policy and to our terms and conditions. You further agree that the use of reCAPTCHA is subject to the Google Privacy and Terms of Use.

“When they’re putting real dollars behind things like drag queen story hour in New York City, you should realize that something nefarious is going on because the government does not care about your children,” she argued.

Owens’ ire was saved for parents who take part in these events.

Candace Owens says parents who take their children to drag queen story hour “are underqualified to have children. They should have their children taken away from them” pic.twitter.com/P5Bk3QIWqo

Take Their Children Away

“‘I allowed my child to pick their gender and pick their species,’” she mocked of certain parents. “And they feel proud of themselves because they can go and they can say this on Facebook that they are wonderful, accepting, and loving adults.”

“In reality,” she countered, “they are underqualified to have children.”

Owens added parents like that “should have their children taken away from them because it’s child abuse.”

“It is child abuse to put a half-naked adult in the room with a small child and having them read a book,” she described. “It’s just child abuse. That’s what it is.”

A woman forces a child to watch a Pride parade. pic.twitter.com/cwiwxotsgQ

A woman forces a child to watch a Pride parade. pic.twitter.com/cwiwxotsgQ