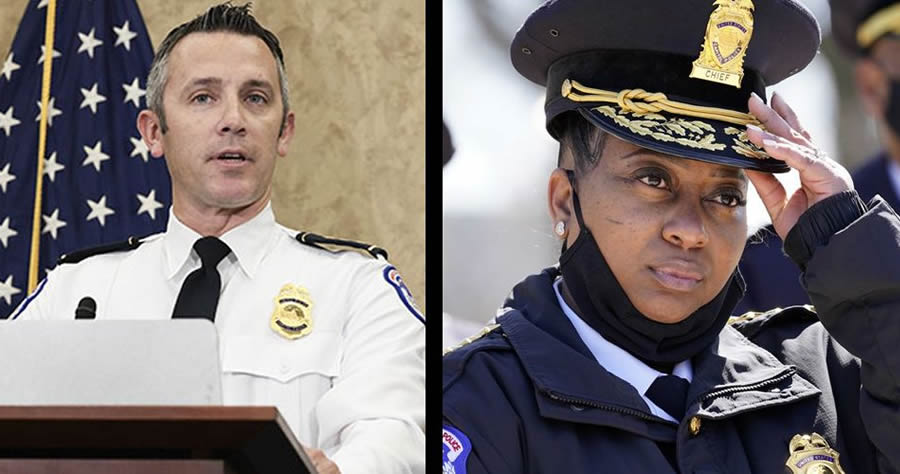 A whistleblower with a reportedly long history serving in the Capitol Police force has sent a letter to leaders in Congress, naming and blaming Capitol Police leaders for lying to Congress and doing nothing themselves that day to de-escalate the Capitol riot on Jan. 6.

A majority of the letter focused on the Capitol Police’s acting chief Sean Gallagher and assistant chief Yogananda Pittman for their shortcomings on handling Jan. 6. But blame is also casted on Senate Majority Leader Chuck Schumer, House Speaker Nancy Pelosi, Senate Minority Leader Mitch McConnell, and House Minority Leader Kevin McCarthy for not forcing the United States Capitol Police (USCP) to be held accountable in that regard.

In the story that first broke on Friday via POLITICO, the whistleblower said both Gallagher and Pittman intentionally chose not to help officers in the line of duty that day:
“These two filed to take appropriate action which directly contributed to the deaths and wounding of officers and civilians. In the command center, they simply watched mostly with their hands in their laps. They did not try to help or assist officers and officials were literally fighting for each other, their lives and the Congress. These two instead, while officers were being injured, elected to do nothing, lie and attempt to profit professionally. They chose to watch, as one non USCP witness stated ‘like two bumps on a log’, make calls and start to blame everyone for their failures.”