Catholic Bishop: Joe Biden Must be Held Accountable for His “Pro-Abortion Extremism” 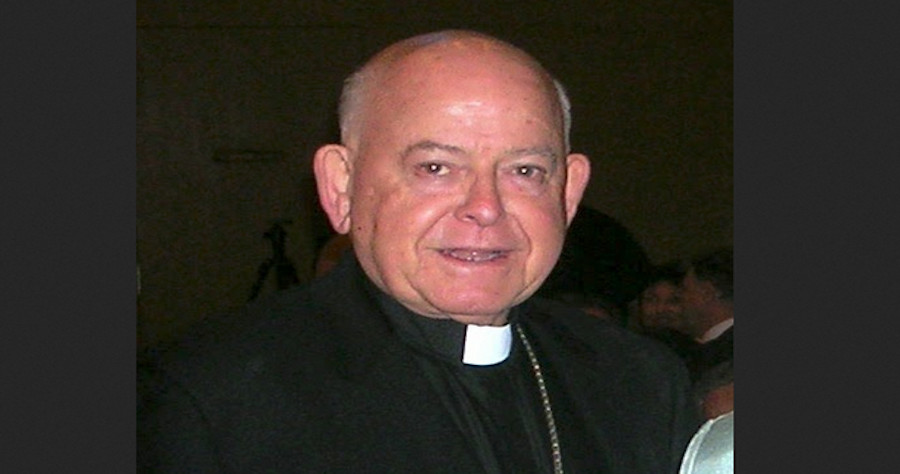 A Texas bishop emeritus urged U.S. Catholic leaders to hold President Joe Biden accountable for his “pro-abortion extremism” after the supposedly Catholic president released a budget proposal that would force taxpayers to pay for abortions.

In an April 22 statement, Bishop Emeritus Michael D. Pfeifer, of San Angelo, Texas, called on his fellow bishops to do more to correct Biden and others who reject the sanctity of human life, according to the Catholic News Agency.

“If abortion is really the preeminent life issues as we bishops say it is, then we must hold President Biden accountable for his pro-abortion extremism, calling out Biden in a proper pastoral manner, for his anti-Catholic pro-abortion policies,” Pfeifer said.

Pfeifer said he felt compelled to speak out after noticing that Biden’s 2023 budget proposal excludes the Hyde Amendment, a long-standing ban on taxpayer funding for abortions.

Since 1976, the amendment has saved an estimated 2.5 million babies’ lives, including about 60,000 each year, according to the Charlotte Lozier Institute. Polls consistently show strong public opposition to taxpayer-funded abortions, and the Hyde Amendment, until just a few years ago, had bipartisan support in Congress. However, Biden and other Democrat lawmakers recently flip-flopped on the issue and now are trying to get rid of the life-saving measure.

“Taxpayer funding abortion represents a serious failure to serve women in their maternity by funding despair and death instead of hope and life,” he said.

Here’s more from the report:

Bishop Pfeifer highlighted one way bishops are working toward a culture of life: Walking with Moms in Need, a program by the United States Conference of Catholic Bishops, encourages Catholics to support and “walk in the shoes” of local pregnant and parenting women in difficult situations.

The bishops, he said, “need to clearly state that we exhort our president and legislators, all people, to prioritize the well-being of women, children and families with both material resources and personal accompaniment so that no woman ever feels forced to choose between her future and the life of her child.”

Instead of funding life-destroying abortions, Pfeifer said Biden should support programs that recognize the value of every human life, born and unborn.

“I hope that this statement will inspire our president and his administration to not fund the terrible evil of abortion in the planned budget for 2023,” he told CNA.

He also encouraged Americans to pray that lawmakers will retain the Hyde Amendment, the U.S. Supreme Court will overturn Roe v. Wade and a culture of life will be restored.

Many have urged the U.S. Catholic bishops to take a stronger stance on Biden, who professes to be a devout Catholic while advancing radical pro-abortion and anti-Catholic measures. Some want the bishops to deny communion to the president and other pro-abortion Catholics unless they repent.

Biden has advanced the most radical pro-abortion agenda of any president in U.S. history.

Last year, the Biden administration dropped a lawsuit against a hospital accused of tricking a pro-life nurse into aborting an unborn baby. Then, in April, U.S. Department of Health and Human Services officials confirmed to Politico that the Biden administration plans to get rid of a rule that protects pro-life medical workers from being forced to kill unborn babies in elective abortions.

All this and more have pro-life leaders describing the supposedly Catholic Biden as “the most pro-abortion president in U.S. history.”