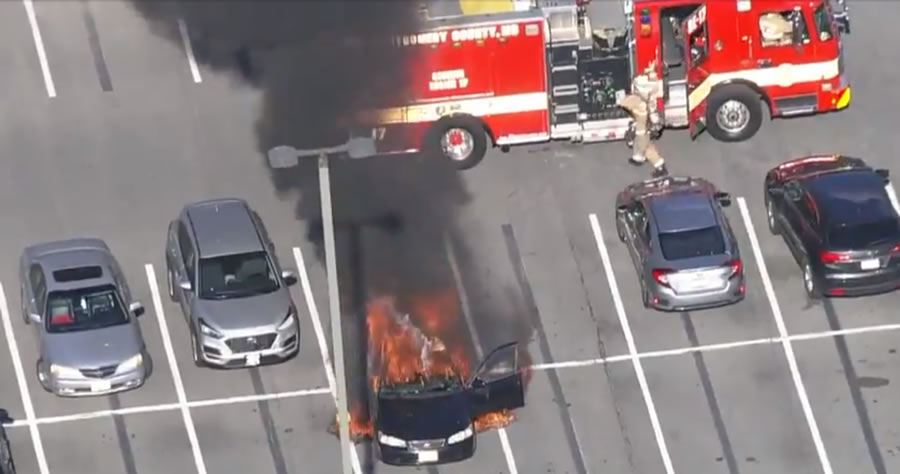 Alcohol caused a car accident — but not in the way you might expect.

A car burst into flames Thursday after a Maryland motorist unwisely used hand sanitizer while smoking. A harrowing video taken from a news chopper shows the vehicle smoldering in a parking lot as firefighters rush to douse the blaze.

“Using hand sanitizer and smoking a cigarette is a bad combo in unventilated areas like a car,” a Montgomery County Fire and Rescue Service official told the local ABC affiliate. The crew responded to the freak inferno, which occurred around 5:30 p.m. at the Federal Plaza Shopping Center in Rockland.

According to official reports, the unnamed driver was smoking a cigarette and then started using the germ-killing elixir, which ignited and set the whole car aflame like an impromptu Molotov cocktail.

Use Hand Sanitizer With Care!