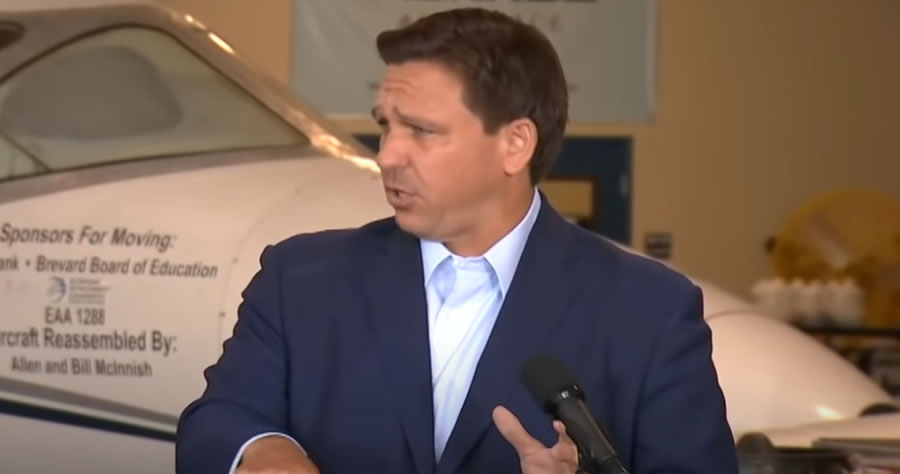 CBS is facing bipartisan backlash after using heavily edited footage of Florida Gov. Ron DeSantis in a”60 Minutes” story alleging potential political corruption on the part of the Republican politician.

“60 Minutes” reporter Sharyn Alfonsi alleged in a recent report for the long-running news magazine that wealthy residents of Florida “cut the line during [the state’s] frenzied vaccine rollout.” In the segment, Alfonsi suggested that the state government’s recent decision to award a vaccine distribution contract to the grocery chain Publix had the appearance of potential favoritism.

Citing public financial records, Alfonsi noted that “weeks before the governor’s announcement, Publix donated $100,000 to his political action committee, Friends of Ron DeSantis.” As part of the report, Alfonsi questioned DeSantis at a late March press conference about the arrangement, suggesting the governor had engaged in “pay-to-play” with the grocery chain.

Campaign finance reports obtained by 60 Minutes show that weeks before Florida Governor Ron DeSantis announced a partnership with Publix grocery stores to distribute the vaccine in its pharmacies, Publix donated $100,000 to his PAC. https://t.co/bS3ZBeET1W pic.twitter.com/BSUlpVbXSP

Gov DeSantis further said, “They (60 Minutes) didn’t tell you that they didn’t tell you that hospitals were doing shots starting in the third week of December because it didn’t fit the narrative. They don’t believe in facts. It was a political narrative. It was done with malicious intent and a reckless disregard for the truth. They would not talk to the people who were most relevant to this because they know those key Democrats, Jared Moskowitz Mayor Dave Kerner, would blow up their narrative. So they just put their head in the sand and pretended like those facts didn’t exist.”
Read Full Story