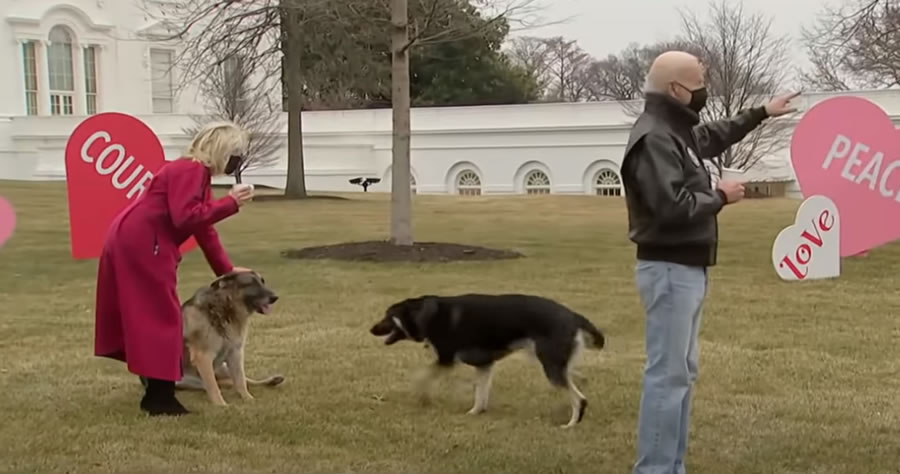 “The Dog Whisperer” Cesar Millan weighed in on the recent incidents with President Joe Biden’s dog, Major this week. The dog training expert and former reality TV host called into Fox News Primetime on Tuesday during a discussion of Major’s second nipping incident. Millan feels that it is unfair to blame Major for his reaction to unfamiliar stress.

Major Biden caused a minor injury to someone at the White House back in March — reportedly nipping their hand without breaking the skin. Last week, the rescued German Shepard reportedly nipped at another person while out on a walk across the White House lawn. Both people got medical attention “out of an abundance of caution,” and were proclaimed safe and healthy. Millan said that this is not at all uncommon for a dog of Major’s age, breed and intelligence and that the whole story should be illustrative for dog owners thinking of introducing their pets to new people or places.