CHAOS! US Scrambles to get Americans out of Afghanistan – Eight People Die at Kabul Airport [VIDEO] 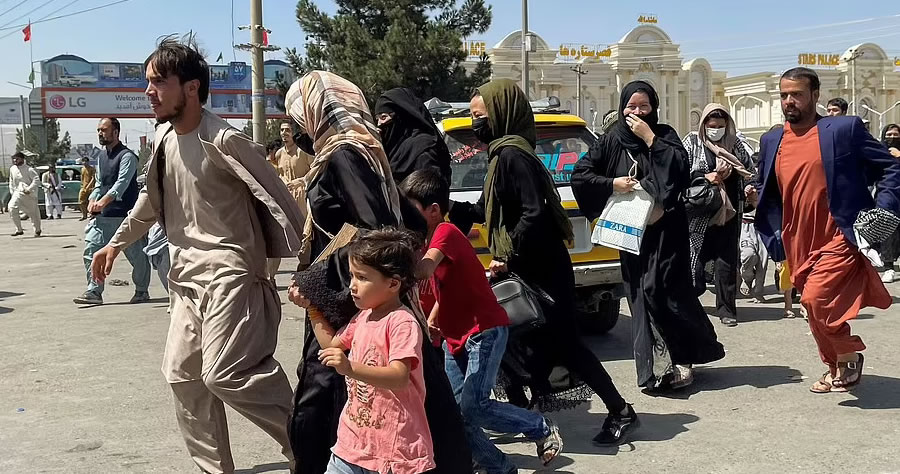 US troops fired warning shots Monday as they struggled to manage a chaotic evacuation from Afghanistan hours after the Taliban swept into the capital of Kabul — with five people reportedly killed at the airport amid the pandemonium to flee the war-torn country.

Hours earlier, the insurgents toppled the Western-backed government after a lightning offensive in which they captured one provincial capital after another before entering Kabul.

President Ashraf Ghani fled the country, bringing a stunning end to a two-decade campaign in which the US and its allies had tried to transform Afghanistan, whose security forces collapsed even before the withdrawal of the last American troops.

Thousands of Afghans fearing a return to Taliban rule have been desperately trying to flee the country through Kabul’s international airport, where five people were killed Monday, witnesses told Reuters.

This is, perhaps, one of the saddest images I’ve seen from #Afghanistan. A people who are desperate and abandoned. No aid agencies, no UN, no government. Nothing. pic.twitter.com/LCeDEOR3lR

Dramatic footage circulating on social media showed hundreds of people racing across the tarmac as US troops fired warning shots in the air. Another showed a throng pushing and shoving its way up a staircase, trying to board a plane, with some people hanging off railings. 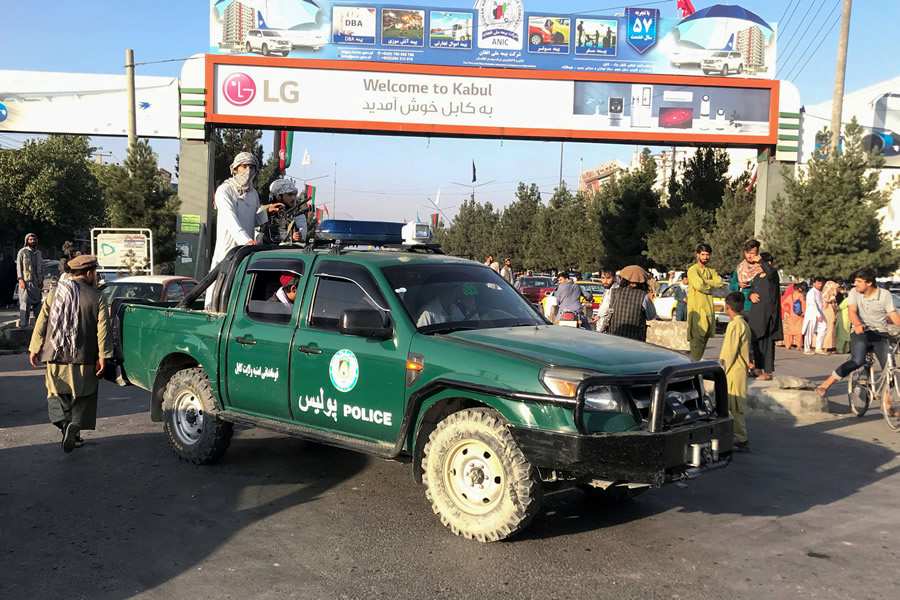 It was not immediately clear how the people died. A US official said troops had fired in the air to deter people trying to force their way onto a military flight that was set to evacuate American diplomats out of the fallen city, according to Reuters.

#Kabul: Another video emerges from this morning outside Kabul airport. Gunfire can be heard too. pic.twitter.com/elTB2mlpQ1

Eight people have died at Kabul airport where thousands of desperate Afghans have clambered onto moving military planes and U.S. troops have fired warning shots into the air amid a chaotic scramble to flee the Taliban.

Three stowaways are believed to have plunged to their deaths, with footage showing bodies falling from the underside of a hulking USAF transport jet as it climbed into the skies over the fallen city on Monday. Further images later showed mutilated corpses strewn across a rooftop.

Separate video showed hundreds chasing after a USAF C-17 transport jet, darting beneath its wheels and clinging to its fuesale as it hurtled down the runway in preparation for takeoff at Hamid Karzai International Airport.

U.S. soldiers earlier fired warning shots into the air to deter people from forcing their way onto a plane that was due to evacuate American diplomats and embassy staff out of the fallen city.

‘The crowd was out of control,’ a U.S. official told Reuters. ‘The firing was only done to defuse the chaos.’

One witness, waiting for a flight out for more than 20 hours, said it was unclear if the five had been shot or killed in a stampede.

Joe Biden’s silence on the foreign policy disaster was condemned in a Wall Street Journal Op-Ed as ‘one of the most shameful in history by a Commander in Chief at such a moment of American retreat.’ 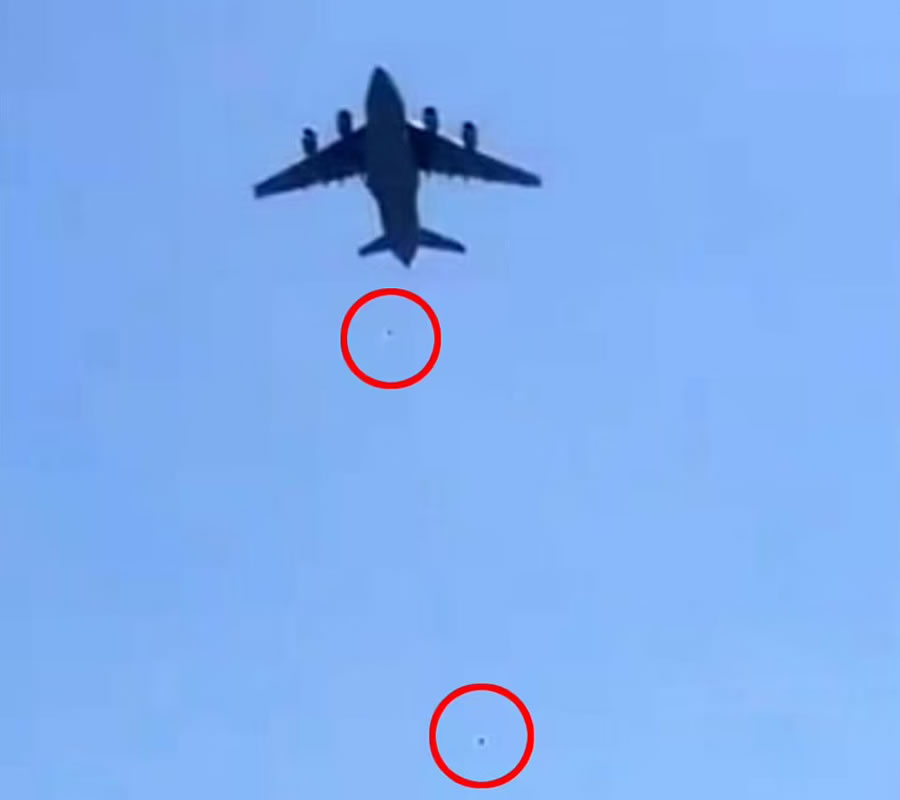 Three stowaways are believed to have plunged to their deaths, with footage showing bodies falling from the underside of a hulking USAF transport jet as it climbed into the skies over the fallen city on Monday