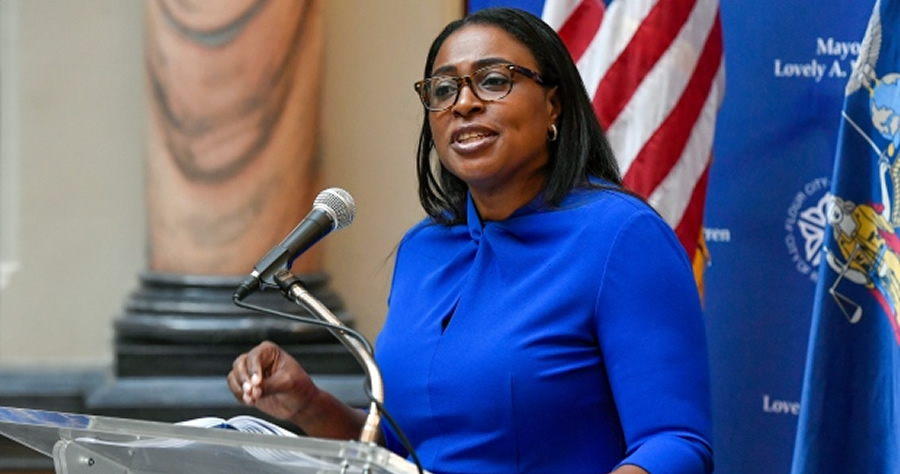 A chaotic scene unfolded this past weekend in Democrat-controlled Rochester, New York, when officers tried to control and arrest an armed wanted man resisting arrest as about a dozen bystanders yelled at officers, hurled insults, and rejected warnings to back away from the incident.

In the video, taken and posted online by a bystander (view below), officers can be heard yelling at bystanders to back up, noting that the male suspect they are battling to the ground, who was wanted for multiple felonies, has a gun.

As officers use force to restrain the suspect to the ground, bystanders continuously walk toward the scuffle and yell at officers for “choking” the man and hurl other insults, like, “s*** my d***,” and “y’all a piece of s***.” One or more of the bystanders also tell a black officer, “you’re black,” as he tries to backup the bystanders.

“I am deeply disturbed seeing a resident kicked while he was held to the ground,” embattled Democratic Rochester Mayor Lovely Warren said, WHEC 10 News reported. “We must ensure that our police department always acts to protect and serve no matter how difficult the situation or arrest. I appreciate Chief [Cynthia] Herriott-Sullivan taking quick action to suspend the officer involved and further investigate what occurred.”