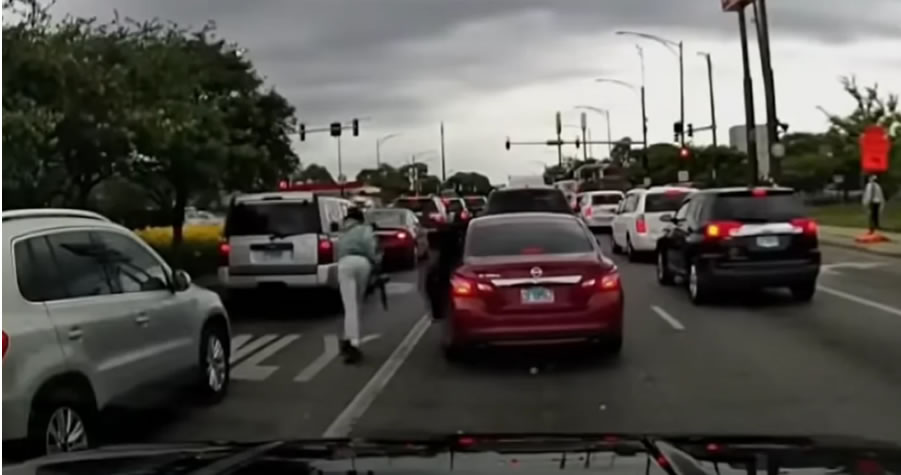 Shocking dashcam video shows the alarming moment that gunshots rang out at a busy traffic light in Chicago.

Huber Pereznegron was caught in traffic in Chicago’s Chatham neighborhood. He was waiting at a red light at around 10:30 a.m. on Thursday, and that’s when a frightening shootout erupted in the middle of traffic.

“I see one guy getting out of the backseat with a rifle,” Pereznegron told WMAQ-TV. “I really didn’t think too much of it, because I didn’t think it was real, until the second person got out, then I saw him with another gun.”

The dashcam in Pereznegron’s vehicle captures the moment of the spine-chilling shootout as well as the reactions by Pereznegron and the passenger in his car.

The viral video shows two men exit a red sedan, possibly a Nissan Altima, in front of Pereznegron, and then fire multiple rounds at another vehicle near the traffic light at East 86th Street and the Dan Ryan Expressway.