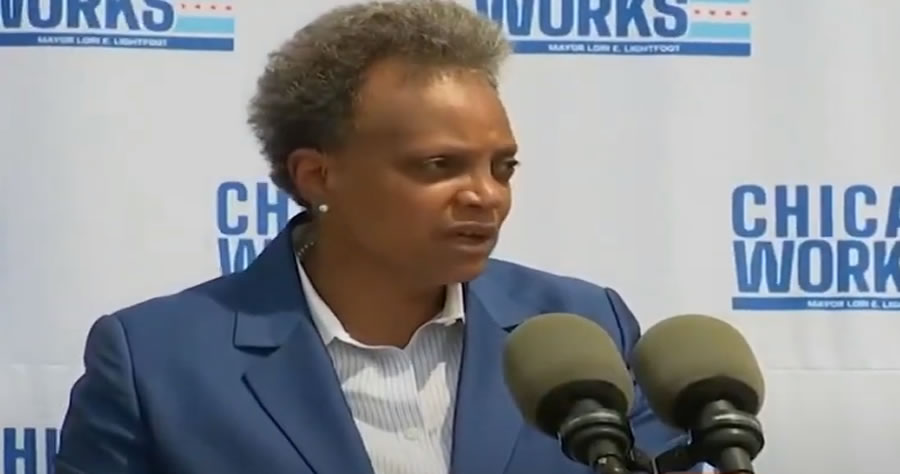 Lori Lightfoot found herself in the hot seat last week after members of the Chicago press corps tweeted out information about how they’d been told by her spokesperson that only “journalists of color” would be allowed to interview her on the topic of her two year anniversary as the city’s mayor.

Lightfoot confirmed the policy in a series of tweets she posted a couple of days later.

“It’s a shame that in 2021, the City Hall press corps is overwhelmingly White in a city where more than half of the city identifies as Black, Latino, AAPI or Native American,” she said. “Diversity and inclusion is imperative … In order to progress we must change. This is exactly why I’m being intentional about prioritizing media requests from POC reporters on the occasion of the two-year anniversary of my inauguration as mayor of this great city.”

Her statement sparked understandable outrage and united reporters in Chicago against her actions, with some noting they were canceling scheduled interviews to show solidarity with their colleagues.

In an update to this story, the first lawsuit by a media outlet has been filed against Lightfoot’s racist interview policy. Earlier today, the Daily Caller News Foundation (DCNF) and Judicial Watch announced they were suing Lightfoot, claiming her office’s lack of response to three interview requests from white Daily Caller reporter Thomas Catenacci equated to illegal racial discrimination, violating his First Amendment and Fourteenth Amendment rights: