China Limits Info On Boeing Crash: ‘Probably A Lot Of Evidence’ They Don’t Want People ‘To Find Out About’ 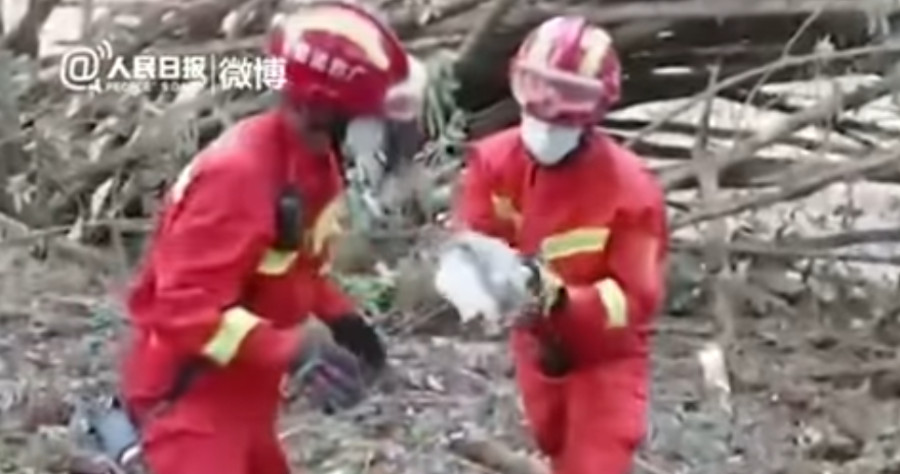 The Chinese Communist Party is moving to crack down on online talk in China about the crash of the China Eastern Airlines Boeing 737-800 that plunged vertically into a mountain range last week, killing over 130 people who were on board.

Radio Free Asia, which is funded by the U.S. government, reported that the communists were “moving to delete rumor, speculation and opinion about the China Eastern crash from the country’s tightly controlled internet” following the announcement last week that everyone on board the plane had died.

“Chinese journalist Du Qiang recently complained on the social media platform WeChat that he and a colleague, Chen Weixi, were denied access to the crash site by police after flying there on the same day, only managing to take a few photos from a distance before being ordered to leave,” Radio Free Asia reported. “Du wrote that the roads leading to the crash site were blocked by three police checkpoints, and that fellow journalists working for Japanese broadcaster NHK met with similar treatment.”

The report noted that Du’s post on WeChat has since been deleted.

Two other journalists told the publication:

“China’s powerful Cyberspace Administration said on March 26 that it has deleted more than 279,000 posts containing ‘illegal content’ relating to the crash, including 167,000 rumors and 1,295 hashtags,” the report continued. “It said it had also shut down 2,713 social media accounts.”

Rescuers recovered the black boxes to the aircraft last week, although they have yet to disclose any information about what is contained on the devices.

Flightradar24 released data from the day of the flight that showed the aircraft was cruising at just over 29,000 feet when it then plunged more than 20,000 feet in less than a minute before later slamming into the mountains of southern China.

The Air Current noted that the fact that Flightradar24 was able to collect data from the flight as it rapidly plunged toward the ground means “the aircraft had electrical power and was able to broadcast tracking telemetry.”

“It really catches your eye when you see how rapidly the aircraft went from this horizontal flight,” Mike Daniel, a former Federal Aviation Administration accident investigator, said. “On any given investigation, you can’t rule out foul play at the very beginning,” he said. “It was so abrupt that everything needs to be looked at.”

Australian aviation expert Neil Hansford said that he does not believe that the plane crashed due to any kind of technical issue.

“Even with total loss of power, no aircraft plummets to the ground from 20,000 feet in two minutes with an event at 8,000 feet,” Hansford said. “I think aircraft technical failure can be ruled out and it will be an external event … I would get on a Boeing 737-800 in an instant with an Australian carrier, so my suggestion would be it won’t be Boeing or aircraft technical related.”

“It is very unlikely the pilot passed out as the non-flying pilot would have been able to very safely take over the flying and land the aircraft,” he continued. “Likely scenarios include pilot suicide, aircraft mid-air collision with military aircraft (they don’t have transponders like civil aircraft), [flight MU5735] was struck by a missile or an on-board explosion. My tipping is a human-induced event or bought down by rogue missile. Debris looks like MH117 over Ukraine, and the Chinese are providing too much information this time which is uncharacteristic.”