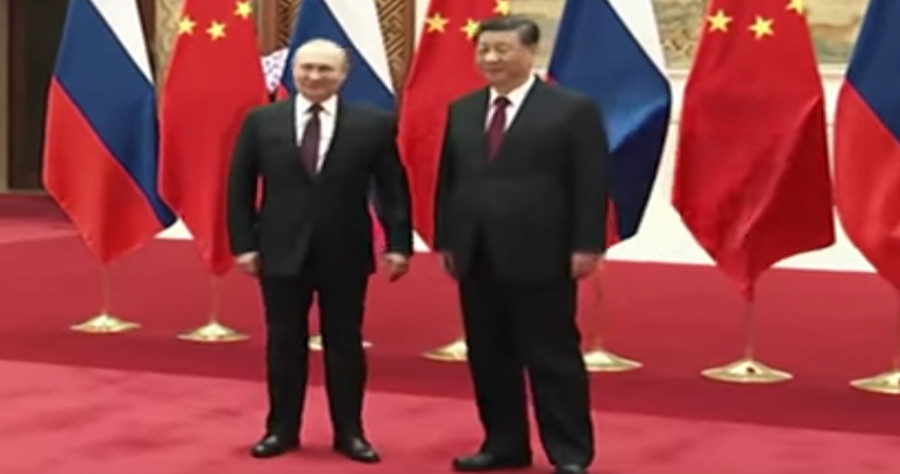 While Beijing has so far clearly telegraphed it is aligned, at least ideologically, with Moscow in the nascent Ukraine war, refusing to call Putin’s move an “invasion” and also blaming the US for stoking the conflict while refusing to condemn the military action, Bloomberg reports that “at least two” of China’s largest state-owned banks are restricting financing for purchases of Russian commodities, “underscoring the limits of Beijing’s pledge to maintain economic ties” Russia in the face of sanctions by the U.S. and its allies.

Bank of China has also curbed financing for Russian commodities based on its own risk assessment, Bloomberg also noted adding that the bank has yet to receive explicit guidance on Russia from Chinese regulators.

Because commodity-linked letters of credit are issued so frequently, they would be among the first transactions impacted by the threat of sanctions.

While it is unclear whether Chinese banks have pulled back from other forms of financing for Russian companies and individuals, the news comes after an overnight report noted that Chinese oil importers – the world’s biggest buyer of Russian crude – had briefly paused new seaborne purchases as they assess the potential implications of handling the shipments following the Ukraine invasion.

According to Chinese refiners and traders who sell into the region, regular buyers of Russian crude that load from the Far East ports said they will stay on the sidelines until more clarity on cargo financing and payments is available. Separately, freight costs for cargoes loading from the Black Sea have tripled as shippers shunned the region due to security risks (more on this in a subsequent post).

While Russian energy exports were spared from U.S. sanctions, some European banks such as ING Groep NV and Rabobank have begun to impose restrictionson commodity-trade finance linked to the two countries. Others lenders are also scaling back their exposure by limiting the issuance of letters of credit against cargoes that originated in Russia. And now it appears that Chinese banks themselves are pausing their own LC issuance until the smoke clears.

As Bloomberg notes, the curbs highlight the “balancing act” facing China’s biggest financial institutions and Xi Jinping, as it strives to remain neutral in the ongoing Russia-vs-west feud. While Russia is a major energy supplier to China and the countries often find themselves aligned in geopolitical disputes with the U.S., Russia’s economic weight pales in comparison to Western nations that buy many of China’s exports and control its access to the dollar-dominated international financial system. On the other hand, as Rabobank pointed out earlier, this may be changing.

China’s four largest banks have complied with previous U.S. sanctions against Iran, North Korea and even top officials in Hong Kong because they need access to the U.S. dollar clearing system, a Bloomberg source said, even though China has regularly breached the Iran oil embargo and its purchases of millions of barrels of Iranian oil in violation of US sanctions are not exactly a secret.

Perhaps to demonstrate to the West his eagerness to mediate, in a phone call with Vladimir Putin on Friday, Xi urged the Russian leader to negotiate with Ukraine to defuse tensions.

“Chinese financial institutions take sanctions compliance seriously,” said Ben Kostrzewa, foreign legal consultant at Hogan Lovells in Hong Kong, who formerly handled U.S.-China disputes and negotiations at the Office of the U.S. Trade Representative. “They don’t want to be sanctioned themselves, they can’t lose access to U.S. dollar transactions, so they are going to have to think about it very seriously — whatever the geopolitical impact might be.”

With international lenders including ING Groep NV and Rabobank also imposing restrictions on commodity-trade finance linked to Russia, demand for the nation’s resource exports could dwindle. Chinese state-owned coal importers are unable to get credit lines from banks in Singapore for shipments from Russia, people familiar with the matter said.

As Bloomberg notes, U.S. sanctions put China’s state-owned financial institutions in a tough spot because many have established close ties with Russia over the past decade. ICBC’s Moscow branch alone had close to $1 billion of assets by the end of 2020 and offered an extensive range of yuan-denominated services, including deposits, lending, cross-border settlement and trade finance. Bank of China, Agricultural Bank of China Ltd. and China Construction Bank Corp. all have operations in Russia.

Separately, China’s largest policy banks — China Development Bank and Export-Import Bank of China — have provided tens of billions of dollars of credit to Russia as part of Xi’s Belt-and-Road Initiative, funding everything from infrastructure to oil and gas.