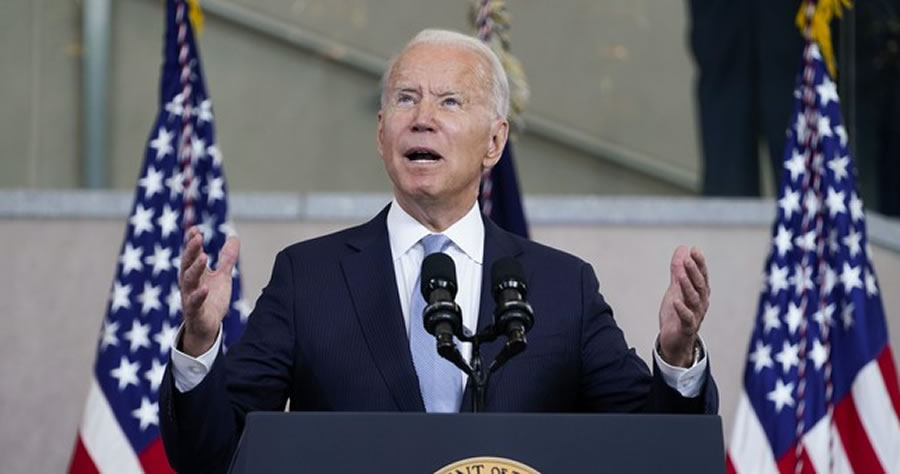 Communist China has threatened to retaliate against the United States if the U.S. engages in a diplomatic boycott of the 2022 Winter Olympics in Beijing, which is expected to be announced this week.

“The Biden administration is expected to announce this week that no US government officials will attend the 2022 Beijing Olympics, implementing a diplomatic boycott of the games,” CNN reported. “The move would allow the US to send a message on the world stage to China without preventing US athletes from competing.”

Foreign Ministry spokesperson Zhao Lijian, a Chinese propagandist, mocked the U.S. over the expected move, claiming that they were never invited anyway, but then later making a threat.

“Without being invited, American politicians keep hyping the so-called diplomatic boycott of the Beijing Winter Olympic, which is purely wishful thinking and grandstanding,” Zhao said. “If the U.S. side is bent on going its own way, China will take firm countermeasures.”

The dispatching of high-level delegations to each Olympics has long been a tradition among the U.S. and other leading nations — then-president George W. Bush attended the opening of the 2008 Beijing Olympic Summer Games. First lady Jill Biden led the American contingent to the Summer Olympics in Tokyo this year and second gentleman Doug Emhoff led a delegation to the Paralympic Games.

The possibility of a diplomatic boycott comes as the U.S. attempts to stabilize turbulent relations with Beijing, even as it maintains a tough approach toward trade frictions and conflicts over China’s actions on Taiwan, human rights, Hong Kong and the South China Sea.

Beijing has mounted a stiff response to all U.S. criticisms, denouncing them as interference in its internal affairs and slapping visa bans on American politicians it regards as anti-China.

Sen. Ted Cruz (R-TX) told CBS News last month that he supported a diplomatic boycott of the 2022 Winter Olympics in Beijing and that U.S. athletes needed to go over there “kick their commie a**es.”

“I’ve been leaning in hard saying we ought to move the Olympics out of China, that’s what we should have done,” Cruz told “Face The Nation” host Margaret Brennan. “The IOC refused to do that. I think it’s a mistake to have a full boycott of the Olympics. You know, Jimmy Carter tried that in the 1970s. All it did was punish a generation of athletes. We’ve got young men and young women, Americans, who spent their whole lives practicing for this moment. I don’t want to punish those young athletes. What we ought to do — I do agree with the notion of a so-called diplomatic boycott — which means we don’t send high ranking cabinet officials over there.”

At the Winter Olympics in Beijing, we must:

1. Have the courage to call out the murder, the genocide, the torture, and the lies and the complicity in COVID-19 of the Chinese Communist government.