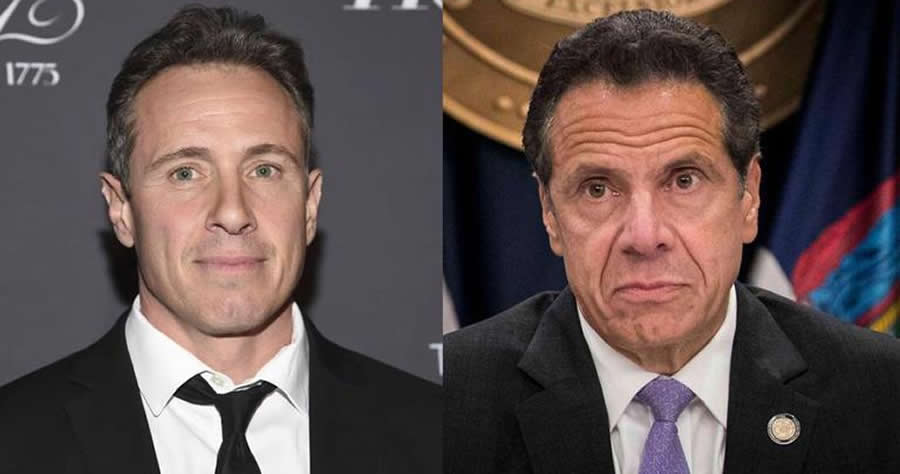 CNN fired anchor Chris Cuomo on Saturday in the wake of revelations he secretly aided the defense of his embattled older brother, former Gov. Andrew Cuomo — and the ousted host now faces a sexual misconduct allegation of his own.

“This is not how I want my time at CNN to end,” Chris Cuomo said in a statement after his firing but hours before news surfaced of the allegation against him.

“But I have already told you why and how I helped my brother,” he continued.

CNN confirmed the firing and said that Cuomo had been “terminated … effective immediately” as an outside law firm continues to investigate “his involvement with his brother’s defense.”

The station was notified by an attorney representing an accuser of a sexual misconduct allegation against Chris Cuomo not related to his role in his brother’s scandal, The New York Times reported. Attorney Debra Katz had reached out to CNN Wednesday, according to the Times. 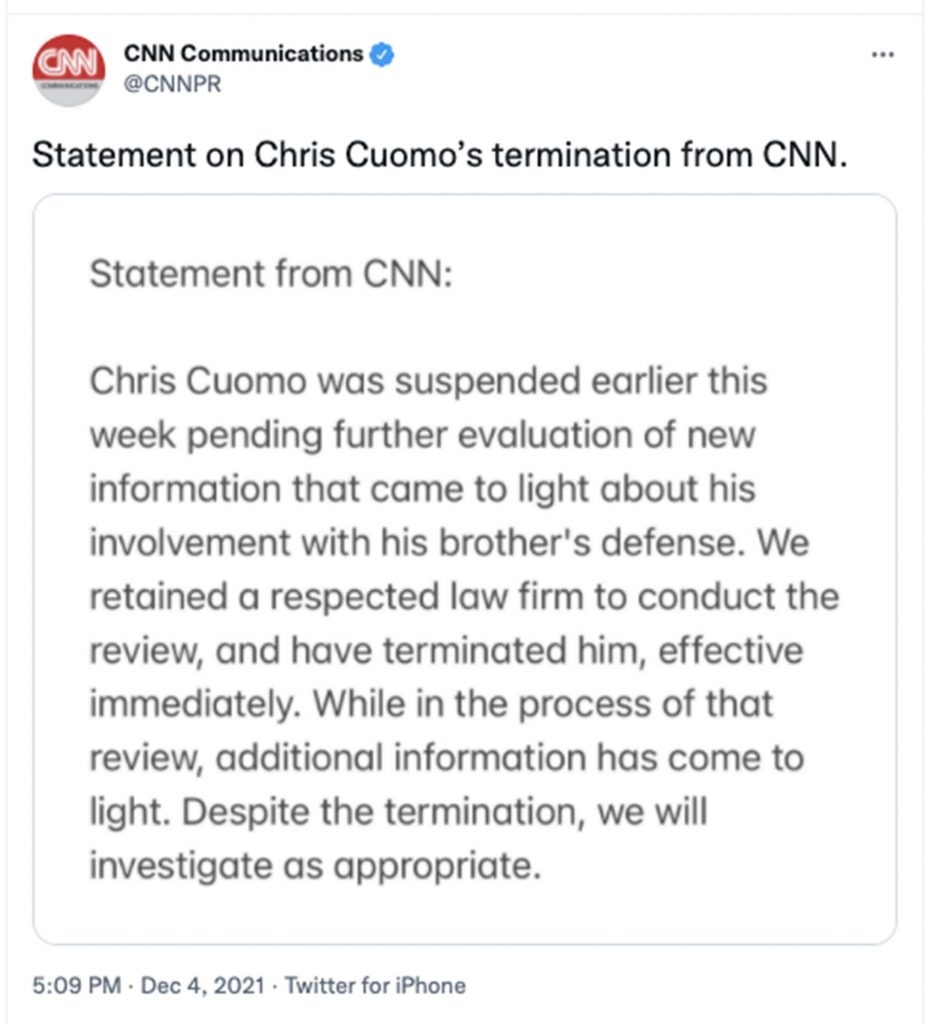