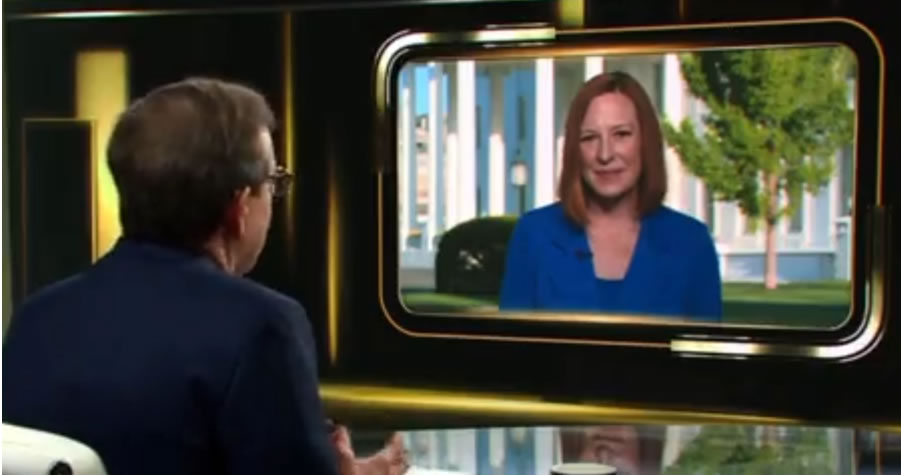 Psaki declined to grade herself during Wallace’s program on CNN’s struggling digital platform.

“I’m really proud of the time I’ve spent here so far at the White House and working for the president, and hopefully helping people understand what his thinking is and what his policies are,” she said.

Wallace later told Psaki she had restored civility to the White House in what was an apparent shot at from President Donald Trump’s administration.

“Jen Psaki, thank you,” Wallace said. “We are going to miss you behind the podium, and if you end up at a cable channel other than this one, I promise I will watch you.”

Wallace ended the interview by explaining to his viewers Psaki has handled the job of press secretary as well as anyone.

“The job of White House press secretary is tricky,” Wallace then said. “You represent that president, but you’re paid by the American people. Handling those sometimes dueling obligations is a delicate balance. But Jen has done as good a job at it as any press secretary I can remember, while restoring some much-needed civility to the White House briefing room.”

Wow, extraordinary outtro for Jen #Psaki by Chris Wallace:
"The job of White House press secretary is tricky… Jen's done as good a job at it as any press secretary I can remember, while restoring some much needed civility to the White House briefing room. She'll be missed." pic.twitter.com/RlJ4SvRfTT