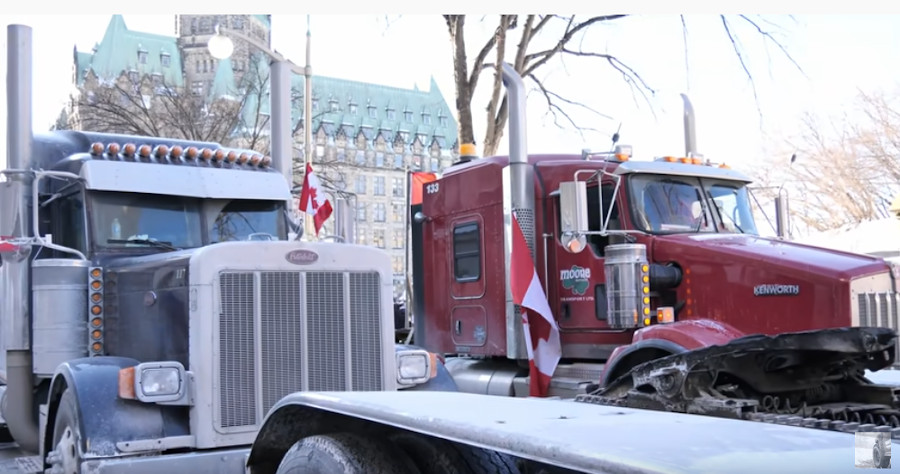 The Christian crowdfunding platform GiveSendGo is inviting organizers of the Canadian freedom trucker convoy to use their site after they were abruptly terminated by GoFundMe after raising more than $10 million on that platform.

GoFundMe banned the convoy organizers after a pressure campaign was led by the Ottawa government, which has claimed the convoy is a violent, extremist, racist movement without offering so much as a shred of evidence to justify those claims.

Despite some attempts to DDoS GiveSendGo and prevent the crowdfund from working, the site has managed to provide stable hosting for the crowdfund which has now received over $2 million in donations.

GiveSendGo is capitalizing on the repressive, cowardly and Orwellian move by GoFundMe and wants the freedom convoy organizers to use their crowdfunding platform in order to get the money needed to sustain the movement for the long haul.

“GiveSendGo stands for hope and freedom. We recognize the freedoms we have are God given, not authorized by governments, but rather ought to be protected by our governments. We do not condone violence of any form! We have been in contact with the campaign organizers and have received full assurance that any funds raised will not be used to fund any violent actions,” the platform wrote in a Gab post.

“As in any polarized situation we recognize there will be a few individuals and groups that might intentionally try to incite violence. We realize this will be used to stain this movement by opposing groups. We will not broad stroke those individual situations as a depiction of what this movement represents as if they were affiliated,” they added.

GiveSendGo vows to never fall to pressure from governments, the media, or mobs of vitriolic freedom-hating leftists. They claim to never remove organizers from their platform to appease their enemies.

“GiveSendGo will always stand for freedom for those on either side of our current ideological divide. Our hope is first in God and also in the notion that we can be united as free people across the globe, standing in the freedom that was bought for us first at the cross, but also maintained by the blood men and women who have given their lives to see us live freedom,” they stated.

President Trump sends a message to the Canadian truckers: “We are with them all the way!” pic.twitter.com/6DKHvOsGzo

The former President praised participants of the convoy as heroes who are “doing more to defend American freedom than our own leaders by far.”

“The Canadian truckers, you’ve been reading about it… They’re resisting bravely these lawless mandates. They’re doing more to defend American freedom than our own leaders, by far. And we want those great Canadian truckers to know that we are with them all the way,” said Trump.

A single donor just gave $215,000 to the Truckers fundraiser