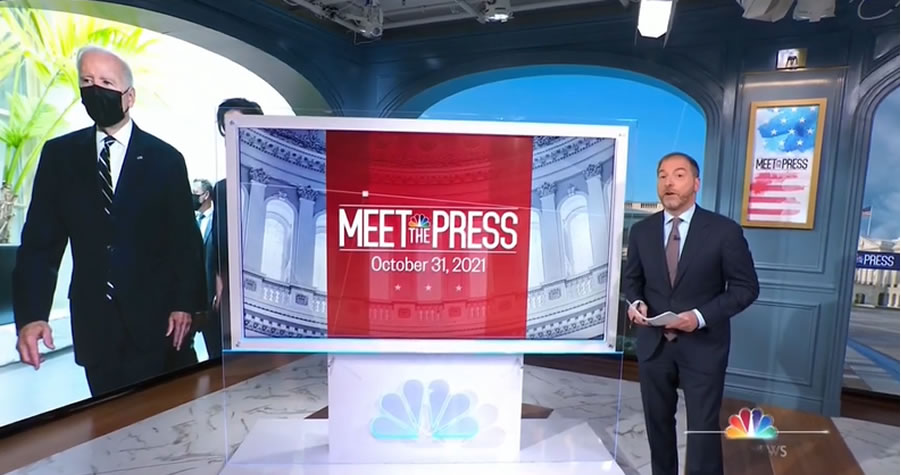 NBC anchor Chuck Todd debuted a new poll on Sunday’s broadcast of “Meet the Press” which showed 71 percent of Americans believe America is on the wrong track.

Todd said, “We have a brand new NBC news poll out this morning still with some scary news for the Democrats. The overarching message, Americans have lost their confidence in President Joe Biden and their optimism for the country. At least they have right now. Just 22% of adults say we are headed in the right direction. A shocking 71% say we’re on the wrong track and that includes a near majority of Democrats who are saying that.”

He continued, “President Biden’s approval rating stands at a dismal 42% versus 54% who disapprove. Believe it or not, just two months ago Mr. Biden was in positive territory, 49 approving. So what’s pulling down the president’s numbers? Look at this set of numbers, just 37% say he has the ability to handle a crisis versus a majority who say he does not. Thirty-seven percent also say he’s competent and effective as president. 50% disagree with that description. What’s more, Republicans, believe it or not, have double-digit leads in dealing with border security, inflation, crime, national security, the economy, and, shockingly, on getting things done. Democrats hold generally smaller double-digit leads on dealing with climate change, the coronavirus, education, and abortion. That’s really it right now.”