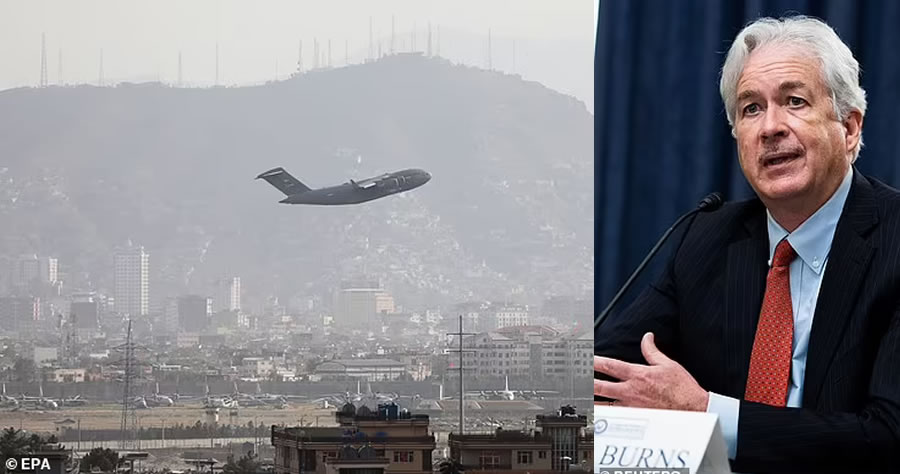 The director of the CIA met with the Taliban’s top political leader in Kabul amid the ongoing effort to evacuate people fleeing their takeover of Afghanistan, a U.S. official said Tuesday.

William Burns’ visit Monday came ahead of a planned meeting among leaders from the Group of Seven nations about the crisis in Afghanistan and a warning from U.N. human rights chief of credible reports of “summary executions” and restrictions on women in areas under Taliban control. That’s fueling fears of what their rule might hold a week before U.S. forces are set to withdraw.

Michelle Bachelet urged the Human Rights Council to take “bold and vigorous action” to monitor the rights situation in Afghanistan in the wake of the Taliban’s stunning takeover, as she sought to ensure that international attention on the country doesn’t wane.

Taliban leaders have warned of ‘consequences’ if the U.S. doesn’t keep to its August 31 deadline.

Suhail Shaheen, a member of the Taliban delegation in Qatar’s capital city Doha said Monday U.S. military continuing to evacuate past this month would amount to ‘extending occupation’ and that is ‘a red line’.

‘If the US or UK were to seek additional time to continue evacuations – the answer is no. Or there would be consequences,’ he told Sky News in an interview. ‘

‘It will create mistrust between us,’ Shaheen continued. ‘If they are intent on continuing the occupation it will provoke a reaction.’

Burns traveled to Kabul on Monday to meet Abdul Ghani Baradar. The details of their discussions weren’t immediately known.