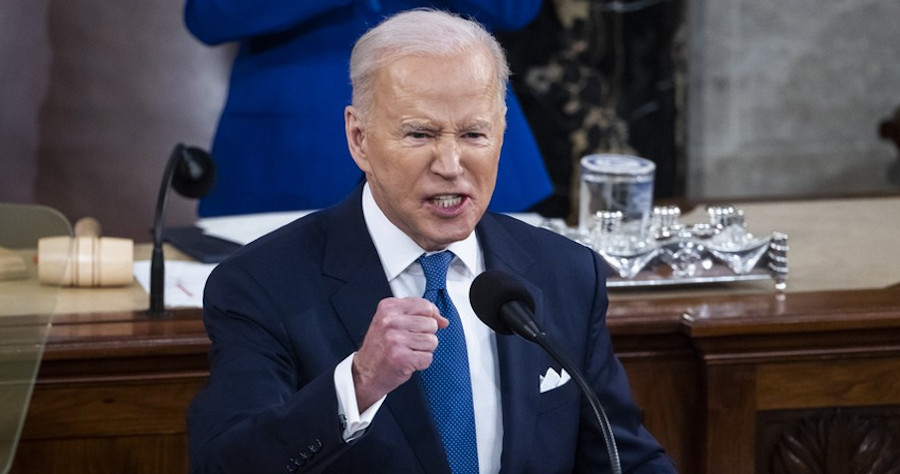 For well over a year, the open civil war within the Democratic Party has been impossible to dismiss. There have been direct conflicts between the progressive caucus and the so-called “moderates” within the party, with the latter desperately trying to hang on in their swing districts.

Then there’s been the butting of heads between the vice president and her staff and the White House. RedState has reported on that extensively, noting that things have gotten so bad that Harris’ staffers have actually cried racism at times.

Yet, during that drama, the White House itself has appeared to remain resolute and united, typically coming to Biden’s defense at all times, seeking to deflect any and all blame for anything that occurs. The internal ceasefire has collapsed, though, and per a new report from NBC News, Biden is letting complaints about his handlers fly.

“Beyond policy, Biden is unhappy about a pattern that has developed inside the West Wing. He makes a clear and succinct statement — only to have aides rush to explain that he actually meant something else.” https://t.co/bEHeAJQnGo

WASHINGTON — Faced with a worsening political predicament, President Joe Biden is pressing aides for a more compelling message and a sharper strategy while bristling at how they’ve tried to stifle the plain-speaking persona that has long been one of his most potent assets.

Biden is rattled by his sinking approval ratings and is looking to regain voters’ confidence that he can provide the sure-handed leadership he promised during the campaign, people close to the president say.

Before we get into the details here, I do want to point out how NBC News delivered this report. It is clearly written in a way to absolve Biden of his many self-inflicted failures, spending most of its time blaming his staff for all the administration’s ills. Because of that, it should be read for what it is, which is really just a litany of excuses being made for a mentally unfit president whose inability to lead is precisely why his handlers run the show.

With that out of the way, I couldn’t help but laugh at the assertion that Biden delivers “clear and succinct” statements, only to be undermined by a staff rushing to say he meant something else. I mean, come on. We are talking about Joe Biden here. Nothing he says is clear and succinct, and to suggest such is insulting to everyone’s intelligence.

Beyond policy, Biden is unhappy about a pattern that has developed inside the West Wing. He makes a clear and succinct statement — only to have aides rush to explain that he actually meant something else. The so-called clean-up campaign, he has told advisers, undermines him and smothers the authenticity that fueled his rise. Worse, it feeds a Republican talking point that he’s not fully in command.

Time and again, Biden’s handlers have rushed to clean up his messes because they are legitimate messes. Further, last time I checked, Biden is the President of the United States. He is not beholden to those in his comms shop. He could, at any time, order them to stop contradicting him if he truly felt he was in the right. I don’t think that’s what has been happening, though. Instead, I think NBC News is attempting to retroactively paint those prior corrections as nefarious when Biden likely agreed with them at the time. Presenting them as otherwise is just a convenient scapegoat as the administration continues to spiral out of control.

Past that, the report also mentions that Biden is furious he wasn’t told about the baby formula crisis sooner, with the claim being made that he was only briefed on it a month ago.

Biden is annoyed that he wasn’t alerted sooner about the baby formula shortage and that he got his first briefing in the past month, even though the crisis had long been in the making

One, I doubt that given how public the crisis has been for months, with news reports about it dating all the way back to January. Two, if that’s true, then why is Pete Buttigieg still Secretary of Transportation? It’s cowardly to complain about not being informed while not having the guts to actually punish someone for the supposed oversight.

But again, the overall goal of all of this is to absolve Biden of any blame for all the things he’s so epically screwed up without him having to actually be a leader and take action, including against those in his administration. That’s how you get paragraphs like this from “sources.”

“They came in with the most daunting set of challenges arguably since Franklin D. Roosevelt, only to then be hit by a perfect storm of crises, from Ukraine to inflation to the supply chain to baby formula,” said Chris Whipple, the author of a book about White House chiefs of staff who is now writing a book about the Biden presidency. “What’s next? Locusts?”

To be clear, the assertion that Biden’s plate has been uniquely and historically full is just nonsense. He came into office with COVID vaccines and a path out of the pandemic. The economy was also on the verge of booming, already in a strong recovery. Gas prices were low and the foreign policy situation was incredibly stable.

Essentially everything being brushed off as mere chance was self-inflicted. Biden had a chance to stop Russia in its tracks by launching crippling sanctions much earlier and not nuking US energy production, which only strengthened Vladimir Putin’s hand. The Afghanistan disaster was completely the president’s fault. Inflation was largely caused by the “American Rescue Plan,” a $2 trillion dollar, largely unnecessary spending bill that blew way too much “free” money into an already heated economy. Biden presiding over the doubling of gas prices is self-explanatory, and the war in Ukraine is only a fractional part of the issue.

In short, Biden is out of excuses. He is the problem. This rush to absolve him of all his failures is farcical, and no sudden shift in messaging is going to change the reality of what he has wrought. The solution isn’t different handlers. The solution is a different president.