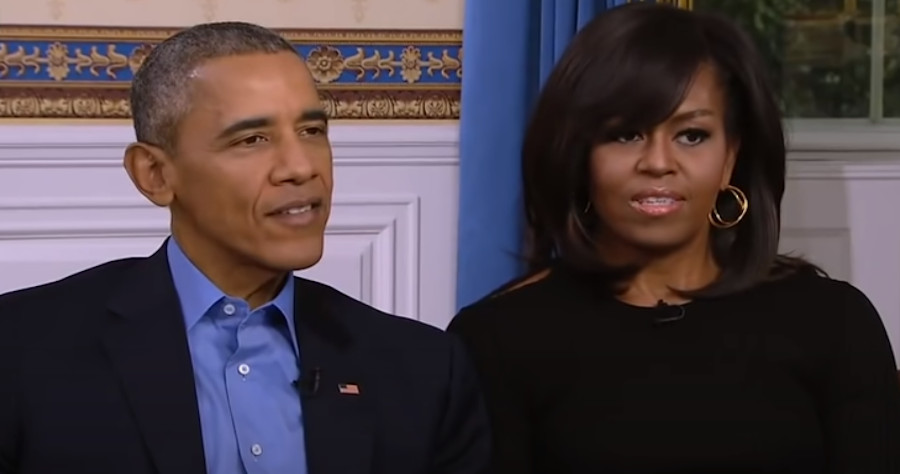 Climate crusader and former president Barack Obama is making certain that his Martha’s Vineyard estate will have a reliable source of energy should the Sun refuse to shine and the wind refuse to blow. Eschewing “greener” options, the former president is looking to install 2,500 gallons worth of propane tanks at his 6,892-square-foot vacation home.

Three tanks — two with 1,000-gallon storage capacity and a third with a 500-gallon capacity — were approved by the Town of Edgartown, where the property is located.

Obama, who once claimed that his nomination for president in 2008 might be looked to as “the moment when the rise of the oceans began to slow and our planet began to heal,” sought approval for the fossil fuel storage on May 31 for the 29.3-acre Edgartown, Massachusetts, property.

“The reason behind the tanks’ purchase was not public at the time this article was published,” Snopes reported. “It’s unclear if the tanks were meant for the Obamas, the U.S. Secret Service, or for another purpose.”

While Snopes claims that the purpose of the tanks is “unclear,” the Edgartown select board told the Daily Caller that “underground propane installment was approved at the 79 Turkeyland Cove Road address,” and was for “residential purposes.”

In April, the former president tweeted his Earth Day message on climate change. “When it comes to climate change, time really is running out. Earth Day is a reminder that if we pledge to do our part and then follow through on those commitments, we can help preserve and protect our planet for future generations,” Obama wrote.

A month later, the former president asked for a gigantic amount of fossil fuel, which climate hysterics claim is heating the Earth to extinction levels, to be stored on his property.

The cost of propane — and the cost of all fossil fuels — has been rising to unprecedented highs in the age of Obama’s vice president, current President Joe Biden.

It was Biden who told a young climate activist at a campaign event in New Castle, New Hampshire, in 2019, “I guarantee you we’re going to end fossil fuels.” His plan for that appears to include pricing those fuels out of existence. The average price for residential propane is up nearly 30 percent from the same time last year. The average price for a gallon of gasoline in the U.S. is approximately $5.00 per gallon, a 40-percent increase from last year at the same time.

While Biden’s administration tries to blame Vladimir Putin, COVID-19 and the alleged greed of fossil fuel producers for those price spikes, the truth of the matter is that higher fuel prices have a lot to do with his so-called green agenda, which has included killing the Keystone XL pipeline by executive fiat and suspending drilling leases in Alaska. Democrats’ proposed increase in taxes for oil companies via the Big Oil Windfall Profits Tax Act, brought forward by climate fanatic Senator Sheldon Whitehouse (D-RI), will not help prices either.

But instead of taking any blame, Biden simply blames the ubiquitous Democrat villain — Big Oil. On Wednesday, Press Secretary Karine Jean-Pierre called on oil companies to do their “patriotic duty” and lower prices.

“We are calling on them to do the right thing, to be patriots here and not to use the war as an excuse or as a reason to not put out a production, to not do the capacity that is needed out there so that the prices can come down,” Jean-Pierre said.

Not only is Biden pushing his “New Green Deal” on us – he’s openly lying about it.

Pointing to examples of climate hypocrisy is as easy as exhaling carbon dioxide. Whether its carbon credit salesman Al Gore’s fossil fuel guzzling Tennessee mansion or “climate czar” John Kerry’s propensity to use carbon spewing private jets for travel, examples of it are everywhere.

Still, blatant examples such as Obama’s fossil-fuel storage system need to be mentioned. Elites such as Obama, Gore and Kerry don’t want the masses to have access to the same fuels they take for granted. And they need to know that it’s not okay with us.