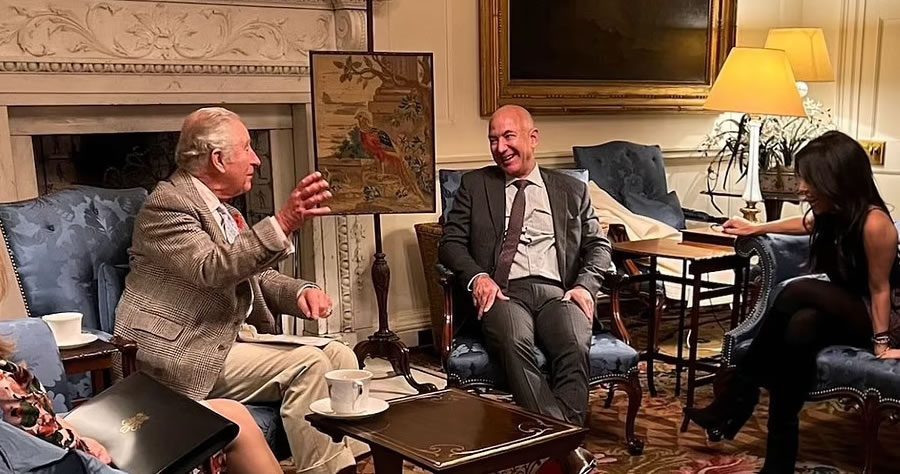 Amazon founder Jeff Bezos’ £48million Gulf Stream has led a 400-strong parade of private jets into COP25 including Prince Albert of Monaco, scores of royals and dozens of ‘green’ CEOs – as an extraordinary traffic jam forced empty planes to fly 30 miles to find space to park.

Some environmental activists at the COP26 climate conference will be urging others to cut down on air travel and eat less meat, but apparently it is fine for billionaires to fly in on their own planes on routes already served by commercial airlines.

Meanwhile, as the super rich were whisked away into waiting limos, hundreds of less fortunate delegates were left unable to get to Glasgow after brutal storms crippled rail links, forcing travellers to sleep on the floor of Euston station in London. 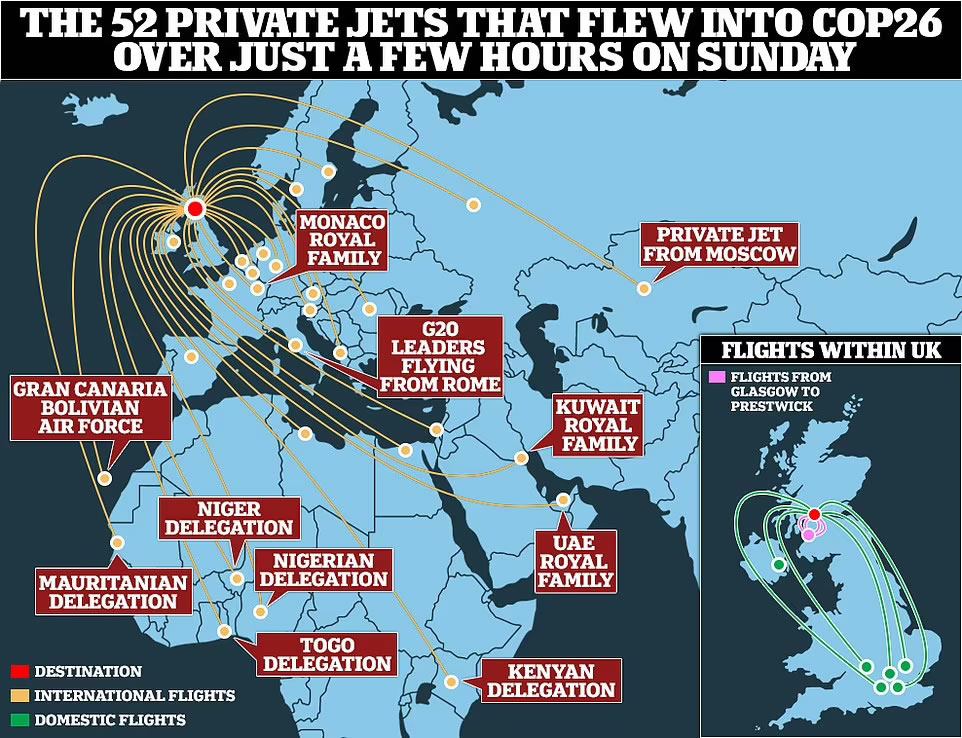 On Sunday, MailOnline observed at least 52 private jets landing at Glasgow – while estimates put the total number flying in for the conference at 400. Conservative predictions suggest the fleet of private jets arriving for COP26 will blast out 13,000tonnes of carbon dioxide in total – equivalent to the amount consumed by more than 1,600 Britons in a year.

Prince Charles was among those travelling by non-commercial plane from the G20 in Rome, MailOnline can reveal. A Clarence House spokesman said: ‘His Royal Highness has personally campaigned for a shift towards Sustainable Aviation Fuel and would only undertake travel to Rome when it was agreed that sustainable fuel would be used in the plane.’ The spokesman said that sustainable fuel would be used ‘wherever possible… from now on’.

As Boris Johnson used his opening address to compare world leaders to James Bond trying to diffuse a ‘doomsday device’ some found their own way of rising to the challenge, with Prince Albert of Monaco appearing to be among those choosing to fly private – according to an analysis of flight records by MailOnline.