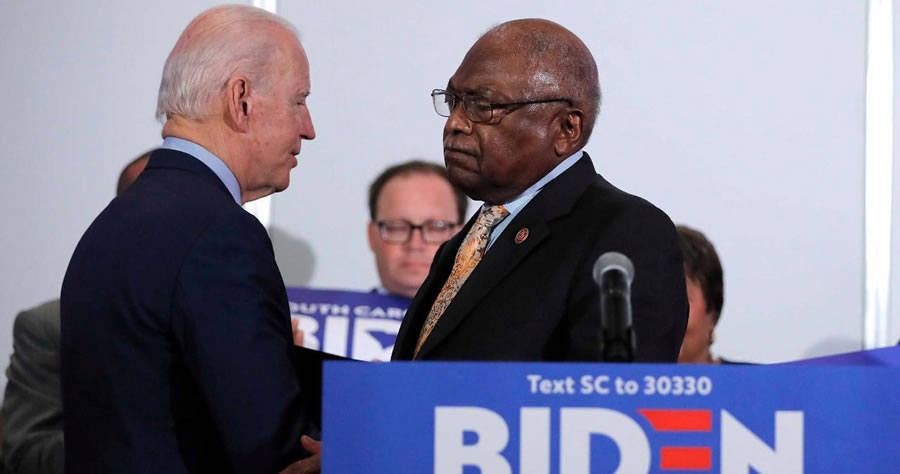 Rep. Jim Clyburn (D-SC) confirmed on Thursday that he hinged his crucial endorsement of Joe Biden during the presidential primary on his choosing a black woman to sit on the Supreme Court.

Shortly after news broke of Justice Stephen Breyer’s retirement from the highest court in the land, reports surfaced that Clyburn was pushing hard for Biden to select his desired pick. Given that Clyburn may very well have saved Biden’s candidacy against Bernie Sanders with his South Carolina endorsement during the primaries, his word could hold tremendous sway over Biden’s pick. Speaking with the Washington Post, Clyburn confirmed that his endorsement came with the caveat that Biden pledge to nominate a black woman.

Not a single time has a Black woman ever been seriously considered. And so I took that issue up with then-candidate Biden back in 2020 … How many times have you heard it said that black women are the backbone of the Democratic Party?”

Well, you just can’t say you’ve got to show it. I happen to have been born and raised in the past, and I believe it’s their deeds that matter, not their words. And so President Biden made it a commitment at the Charleston debate back in February. Two years ago, and said that if he got the opportunity, he would appoint or nominate an African-American woman to serve on the court.

Clyburn’s comments all but confirm what journalists Jonathan Allen and Amie Parnes wrote in their book Lucky – that the congressman pulled Biden aside during the Charleston debate in February 2020 demanding he make the pledge before receiving his endorsement.

“Biden made the pledge later in the debate and received Clyburn’s endorsement the next day which many believe catapulted his struggling campaign to the front of the pack,” noted Fox News.

The person I nominate to replace Justice Breyer will be someone with extraordinary qualifications. Character, experience, and integrity.

And they will be the first Black woman nominated to the United States Supreme Court.