CNN Anchor Has Meltdown After Trump Talks About Decertifying Election 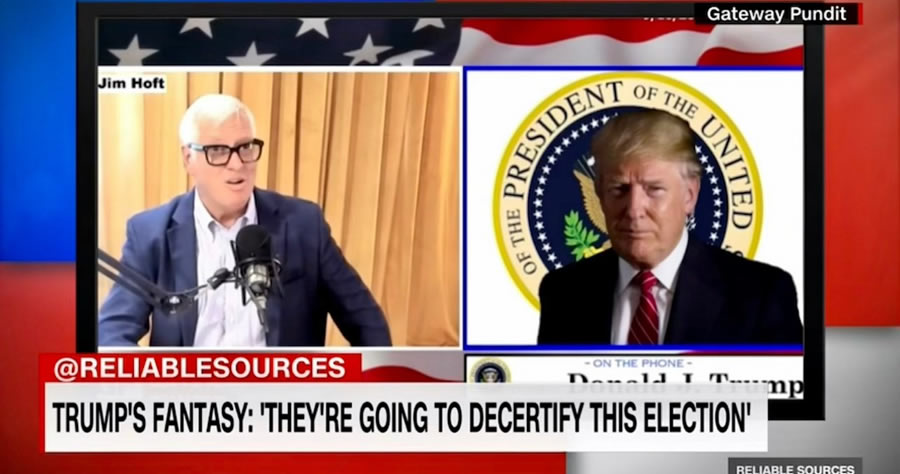 On Friday night President Trump joined Jim Hoft and Joe Hoft from The Gateway Pundit for a half-hour interview on Biden’s Afghanistan horror show, the recent canvassing results in Arizona, and the ongoing investigations into the fraudulent 2020 presidential election.

Last week Liz Harris and her Arizona elections group found over 96,389 ghost votes in their canvassing efforts in Maricopa County. The Gateway Pundit was the first media outlet to ask President Trump about these stunning results.

On Sunday CNN’s fake news specialist little Brian Stelter had a meltdown over President Trump’s Friday interview. Stelter was particularly upset when President Trump told The Gateway Pundit that he believed the 2020 election would be decertified. This scares the hell out of the left. They are terrified they will be caught and won’t be able to steal future elections through mail-in voting, ballot harvesting schemes, and ghost voters.

Brian Stelter and Will Bunch analyze Donald Trump's unhinged claim that an unnamed entity will "decertify" his 2020 election loss.
https://t.co/lv7HIJPLG2