OOPS! CNN helps raise $230K for a single mom of three over eviction… then they hit a glitch [VIDEO] 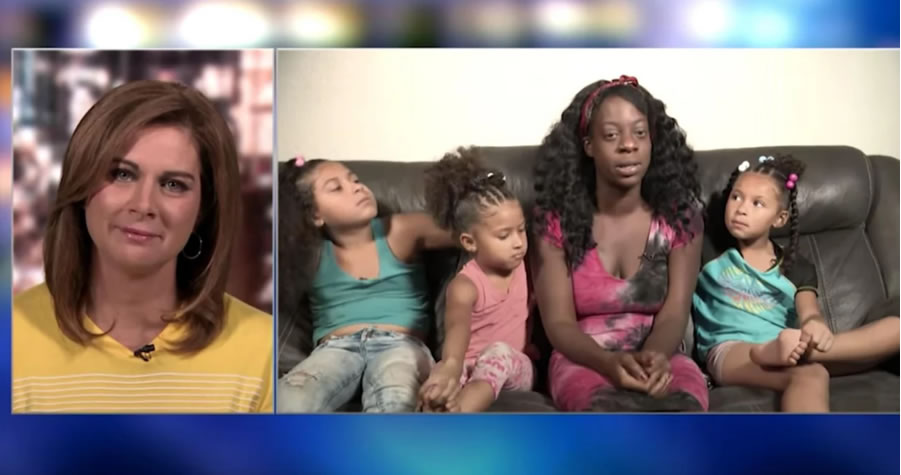 CNN was forced to issue a major correction after airing a story that helped raise more than $230,000 for a woman who said she was a single mom of three children and was facing eviction.

Dasha Kelly’s story captivated CNN’s audience when she recounted how she lost her job and would be evicted from her Las Vegas, Nevada, home after the federal eviction moratorium ended. Throughout the segment, three little children huddled closely with Kelly on her couch.

CNN publicized a GoFundMe campaign for Kelly and it quickly garnered more than $230,000 in donations. Kelly claimed she was the mother of the three children in the description of the account.

CNN ran another segment with Kelly’s story in order to celebrate the announcement of a second eviction moratorium despite the Supreme Court ruling that the Centers for Disease Control and Prevention had no constitutional authority to do so.

Then they issued their correction: Kelly was not actually the mother of the children.

After CNN originally aired her story, Dasha Kelly clarified to CNN that she is not the mother of the three children featured in the story. CNN has verified she takes care of the children in her home for periods of time. She says she originally described herself to CNN as a mother because she considers herself to be like one to them. CNN has learned the children are also cared for by their mother, Shadia Hilo, and their father, David Allison, who is Kelly’s boyfriend.

CNN’s Nick Watt said that Shadia Hilo, the actual mother of the children, contacted the network and proved with birth certificates that she is, indeed, their mother. Hilo said she was very upset that someone else was pretending to be the mother of her children.

GoFundMe said they have frozen the funds in the account for Kelly and have contacted the donors to notify them about how to receive a refund. If there is money left over from refunding donors, that will partially go to Kelly and partially to the children.

“She is not the mother”

CNN & Rep @CoriBush helped raise $230K on GoFundMe for a woman who lied about being the desperate mother to three young children. https://t.co/0veNegMwSJ

'Mom' of 3 who got over $200K in donations for rent admits she's just the babysitter https://t.co/r670SpWVBr pic.twitter.com/F3H2ducsRk

Yeah…. That’s called “fraud” when you get people to donate money based on a lie and it’s a CRIME.