The leftist propaganda channel, better known as CNN, has a narrative they want pushed to their dwindling audience. They want all of their viewers to believe that President Trump is clearly racist and the Republican base is behind him all the way. 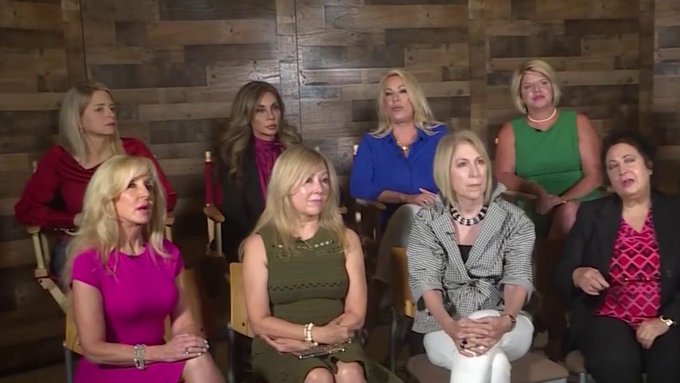 In a way, they accomplished half of their goal, but at a great cost. They pulled together a panel of eight Republican women (six of whom are blond-haired Caucasians) to try to show that the GOP base is a racist institution altogether. It didn’t work.

You see, the Republican women they were trying to paint as racist made some extremely important points. They didn’t come across as unhinged or cult-like in their support. If anything, CNN interrogator Randi Kaye opened the eyes of some of their viewers as to why many Americans categorize the network as “fake news.”

“They hate America,” said Dena Miller, one of the panelists. “If it’s so bad, there’s a lot of places they can go.”

Miller was referring to “The Squad” – Alexandria Ocasio-Cortez, Ayanna Pressley, Rashida Tlaib, and Ilhan Omar – who received a “racist” rebuke from President Trump over the weekend for expressing anti-American views and doing everything they can to convince people the United States is a horrible place to live.

As The Daily Wire’s Ryan Saavedra noted, the “brown-skinned” legal immigrant in the group agreed with the President’s sentiment as well.

All 8 say he’s not a racist

“I’m a brown-skinned woman. I am a legal immigrant. I agree with him”

“I’m glad [Trump] said what he said because all they are doing is inciting hatred”pic.twitter.com/rOv0zsrKxb

Perhaps CNN was expecting these women to say something like, “America-first! Deport all the foreigners! MAGA!” But they didn’t. Their responses were reasonable even when their interrogator tried to convince them using the dictionary that the President was being racist.

Here’s the thing. CNN’s viewers who believe the President is racist already think the GOP is racist. Those who don’t believe it aren’t going to be swayed by this attempted propaganda message. If anything, these women came across as lucid, patriotic, and not racist at all. Their responses were indicative of many Republicans who may consider the President’s choice of words in his Tweet polarizing but not directly racist. They can also understand why he feels that way because, based solely on the anti-American rhetoric The Squad spews forth on a daily basis, they’re pushing for anarchy that will lead to totalitarianism.

If you want to see real racism, let The Squad achieve their goals. America will quickly become as racist as The Squad dreams us to be.

Instead of looking at a Tweet and screaming “racist,” perhaps more Americans should look at the unemployment rates for Hispanics and African-Americans. Both are at record lows. Even if you think the President is racist, his policies and the legislation put forth by Capitol Hill when the GOP was in control have benefited minorities. Nobody accused President Obama of being racist when he helped start the intersectionality trend of today’s political atmosphere, nor when minority unemployment hit long-time highs.

CNN went barking up the wrong tree by trying to convince America-loving women the President is racist. They see the results of low unemployment, increased prosperity, and equal rights for all. All CNN sees is “orange man bad.”

Kirsty is a news editor and content provider and has worked in the news industry for several years.

← The Squad’s Ayanna Pressley: ‘We don’t need any more brown faces that don’t want to be a brown voice’ [VIDEO] ← FBI Spreadsheet Skewers The Steele Dossier