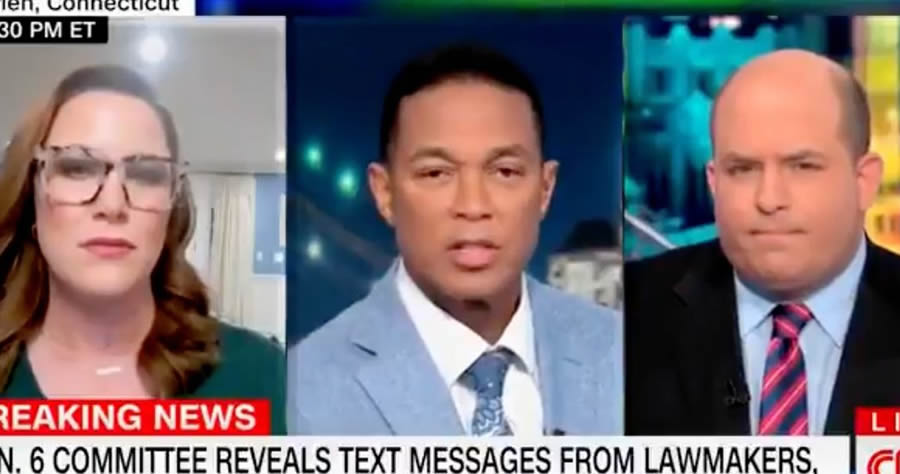 “Why does Jen Psaki even continue to call on Fox in the briefing room?” said Lemon. “If your network is promoting B.S. and lies about what is actually happening in the country and helping to inspire and incite an insurrection, why should they even be able to take part in a legitimate press briefing and legitimate journalism?”

Stelter added that “historically,” when it comes to press briefings, the idea has been to “let in a variety of different voices and media outlets,” before noting that “Fox has changed dramatically” and “leans so far right, they don’t live in reality.”

CNN threw a gigantic hissy fit when the Trump WH revoked the press credentials of @Acosta for a few days on the ground that he is a liar. They acted as if he were getting the Assange treatment.