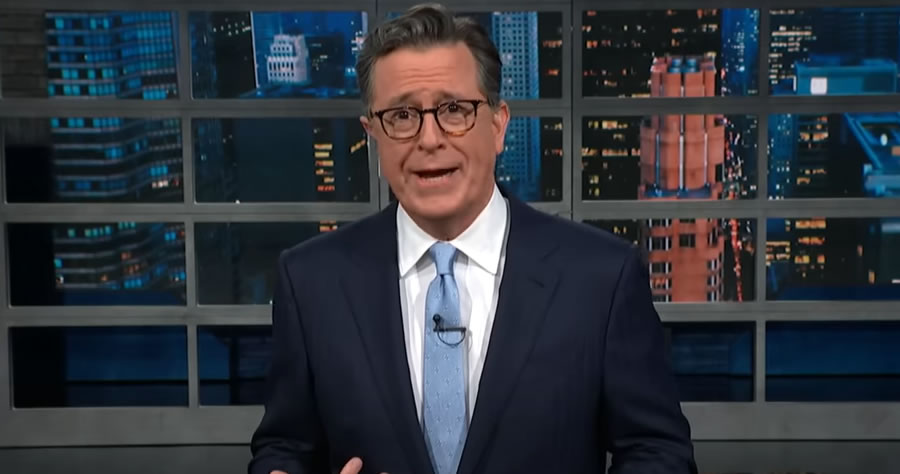 Stephen Colbert carved out time on Monday night’s “Late Show” to downplay the arrests of seven of his staffers inside a Capitol Hill building and joked they committed “first degree puppetry.”

Members of the “Late Show” production team were busted Thursday night inside the Longworth House Office Building after filming interviews there earlier in the day for a segment of Triumph the Insult Comic Dog.

“After they’d finished their interviews, [my staffers] were doing some last-minute puppetry and jokey make-em-ups in a hallway, when Triumph and my folks were approached and detained by Capitol Police,” Colbert said during his opening monologue.

Capitol Police said the seven staffers along with Robert Smigel, who voices Triumph, were “unescorted and without Congressional ID” on the sixth floor of the building that was closed to the public at the time.

The late show host said Capitol police are more cautious about unattended and unpermitted visitors on Capitol grounds than they were 18 months ago “and for a very good reason” — referring to the Jan. 6 Capitol riots.

All seven employees were each charged with unlawful entry, cops said, and Colbert quipped the offenses were “first-degree puppetry.”

CBS has said the crew was at the Capitol Thursday to conduct authorized interviews with House members.

But Fox News had reported that the staffers were booted from the Jan. 6 committee hearing hours before the arrests because they lacked proper press credentials.