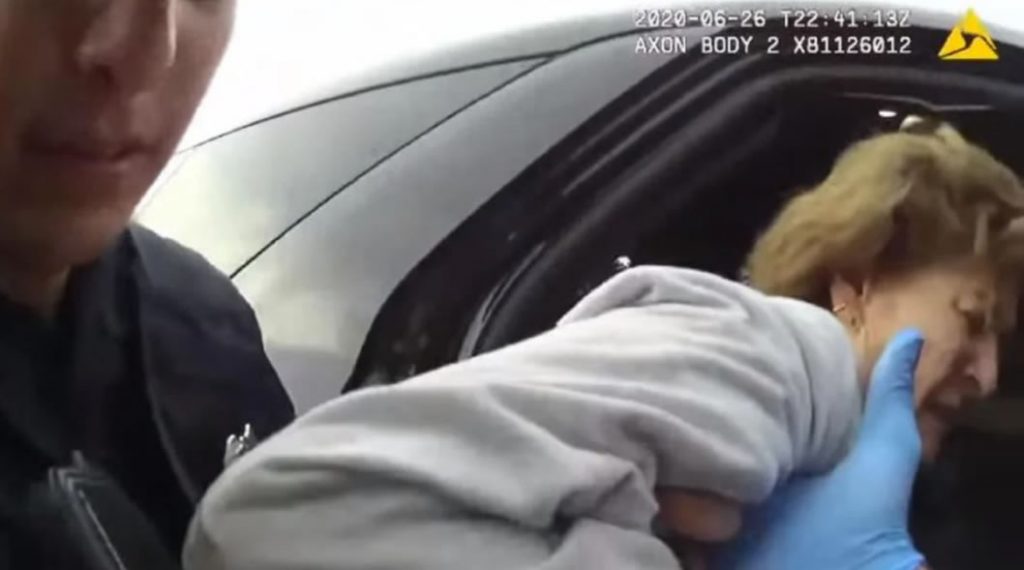 The attorney for a 73-year-old dementia patient has released surveillance video showing Loveland, Colorado, police officers laughing as they reviewed body camera footage of the arrest of her client — who was later hospitalized for her injuries.

The dementia patient, Karen Garner, was arrested last summer by officers responding to a call from a local Walmart that she had left without paying for $14 worth of items, ABC News reported.

Bodycam footage shows Officer Austin Hopp approaching her while she’s picking wildflowers in a field near the store, where he asks why she did not stop. She appears confused and repeatedly insists she is “going home” as he throws her to the ground and handcuffs her.

She is then pressed against the hood of a patrol vehicle and officers push her left arm up near her head. Another officer, Daria Jalali, assisted in the arrest.