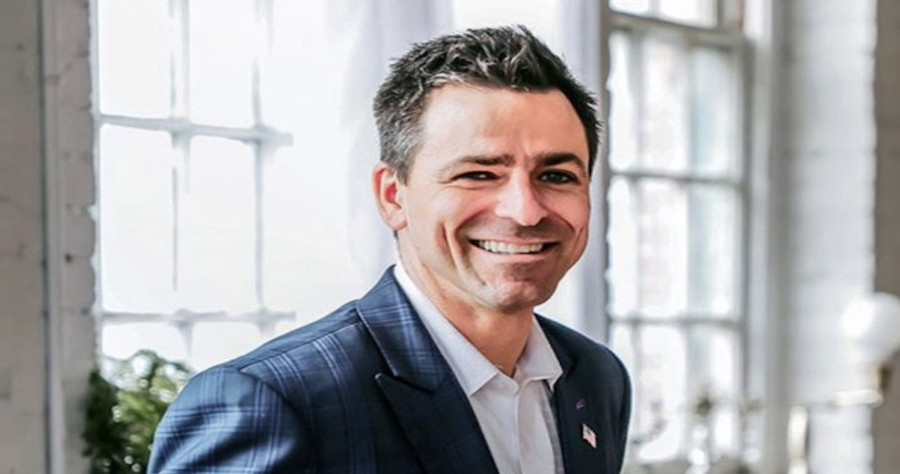 This morning, the Allendale, MI, home of Ryan Kelly, a popular GOP gubernatorial candidate Ryan Kelly was raided by agents of the FBI from the Grand Rapids office. Kelly was also arrested.

A full 17 months after the events of January 6 at our nation’s Capitol, the FBI has apparently discovered that Ryan Kelly was standing outside of the Capitol and must be publicly humiliated and punished for his actions.

According to NBC 25 News, Kelly has been charged with a misdemeanor.

“Ryan Kelley, 40, of Allendale, Michigan, was arrested this morning on misdemeanor charges stemming from the Jan. 6, 2021, Capitol breach. He was arrested in Allendale. Mr. Kelley is to make his initial appearance this afternoon in the U.S. District Court for the Western District of Michigan,” said Bill Miller, a spokesman for the U.S. Attorney’s office in the District of Columbia.

Since when does the FBI raid an American citizen’s home for a MISDEMEANOR??

FBI spokeswoman Mara Schneider declined to comment on the reason when reached Thursday morning but said court documents would be unsealed soon.

Also, not coincidentally, the FBI raid of the popular grassroots gubernatorial candidate takes place only one week after the stunning announcement that 5 MI gubernatorial candidates (including the top two candidates, former Detroit Police Chief James Craig and self-made billionaire and grassroots favorite Perry Johnson) would be removed from the MI primary election ballot over alleged fraudulent signatures on their nominating petitions. According to a member of the Michigan Board of Canvassers, the gubernatorial candidates, whose names were being removed from the ballot, were not even allowed to see the signatures the MI Bureau of Elections (under the control of Michigan’s dishonest Democrat Secretary of State Jocelyn Benson), identified as “fraudulent.”

The arrest comes after the activist group Michigan Dems, a vile, far-left group has created a campaign to destroy Kelly by sharing a video on their website that was posted by Democrat operative Michigan Tea on Twitter, hoping to label Kelly as an “insurrectionist”

In the tweet by Michigan Tea, they claim Ryan Kelly (although you can’t see him) is saying, “C’mon! Let’s go. This is war, baby!” While the video doesn’t clearly show Kelly, it does clearly show Kelly is walking OUTSIDE of the US Capitol building.

“Come on, let’s go! This is it! This is, this is war baby!”@kelleyforgov pic.twitter.com/IrNc3Rv10M

The criminal complaint does NOT specifically say Kelly was INSIDE the Capitol, but instead claims Kelly:

The second charge is for “Disorderly and Disruptive Conduct in a Restricted Building or Grounds.”

Isn’t this the same as protesting? And how many Antifa or BLM members have been victims of FBI raids for the VIOLENT protests that took place for weeks outside of the White House only months before the 2020 election?

The final charge is for “Knowingly Engage in Any Act of Physical Violence Against Person or Property in any “Restricted Building or Grounds.”

NONE of these charges specifically identify Ryan Kelly, a top contender for GOP governor in the state of Michigan of being INSIDE the Capitol Building.