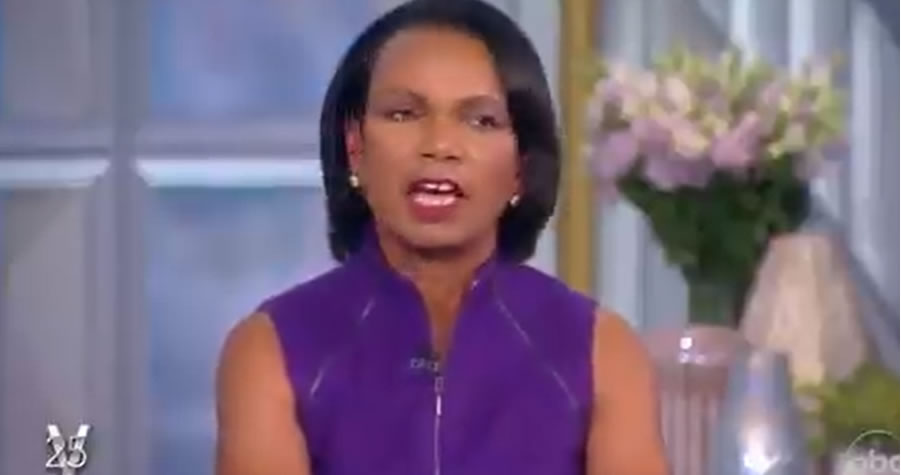 Condoleezza Rice, a former Secretary of State and current Director of the Hoover Institution, slammed Critical Race Theory during an interview on ABC’s “The View” on Wednesday, saying that it is wrong to make white people “feel guilty” over the past and it is wrong to make black people feel “disempowered by race.”

Rice made the remarks while discussing the issue of whether parents needed to have more influence over what is being taught in schools.

“But if I could take a moment to talk about the whole issue of Critical Race Theory and what is, and is not being taught, I come out of an academic institution, and this is something that academics debate. What is the role of race and so forth?” Rice said. “And let me be very clear; I grew up in segregated, Birmingham, Alabama. I couldn’t go to a movie theater, or to a restaurant with my parents. I went to segregated schools till we moved to Denver. My parents never thought I was going to grow up in a world without prejudice, but they also told me, ‘That’s somebody else’s problem, not yours. You’re going to overcome it, and you are going to be anything you want to be.’ And that’s the message that I think we ought to be sending to kids.”

“One of the worries that I have about the way that we’re talking about race is that it either seems so big that somehow white people now have to feel guilty for everything that happened in the past. I don’t think that’s very productive,” Rice continued. “Or black people have to feel disempowered by race. I would like black kids to be completely empowered, to know that they are beautiful in their blackness, but in order to do that, I don’t have to make white kids feel bad for being white. So somehow, this is a conversation that has gone in the wrong direction.”

CRITICAL RACE THEORY TARGETED IN VA. GOV. RACE: A key debate in upcoming races has been how much of a voice parents should have in their child’s school curriculum when it comes to subjects like sex education and critical race theory — the co-hosts and @CondoleezzaRice discuss. pic.twitter.com/OGppOwLXD1

Thanks @CondoleezzaRice for speaking the truth!

Yes 👏🏼 thank you @CondoleezzaRice please make her a permanent Cohost

While I don’t fully agree w @CondoleezzaRice I thought she did a great job and brought a different perspective to the table. Make her permanent.

I love Condoleezza Rice so much! She’s so thoughtful and reasonable and smart and respectful yet forceful! Please add her to your panel!

Been a while since I’ve seen someone disarm the View hosts. Credit to the hosts for not being hostile to the guest like they typically do with Republicans. Must watch segment for ALL Americans. Thank you CR!