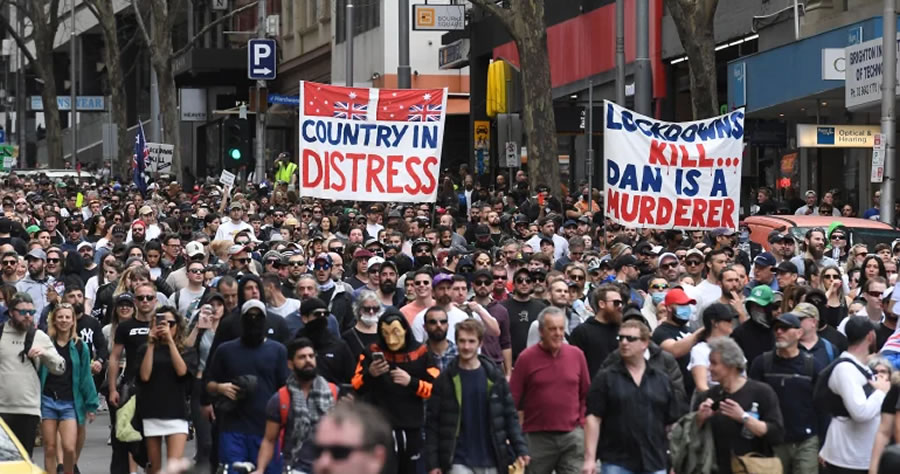 Melbourne police fired rubber bullets into a crowd and arrested more than 200 people during the third straight day of anti-lockdown in Australia’s second-largest city, which is trying to maintain strict stay-at-home orders to control the spread of COVID-19.

Australia has adopted some of the strictest anti-COVID measures in the world in an attempt to reach “COVID-zero,” or a full period without a single COVID-19 infection. Construction workers, who are being cited as the first group to protest, are also now subject to mandatory vaccination.

CNN noted in late August that “until recently the strategy had been largely successful. To date, Australia has seen just 44,026 confirmed Covid-19 cases and 981 deaths. But several major Australian cities, including Sydney, Melbourne and the capital Canberra, are under lockdown as authorities struggle to contain an outbreak of the Covid-19 Delta variant.”

National authorities in Australia have since hinted at transitioning to an approach similar to how the country “manages other infections diseases,” particularly in light of massive protests that have occasionally turned violent, but the timeline for change remains uncertain.

Australian Prime Minister Scott Morrison has said that they will likely consider loosening restrictions once the country’s vaccination rate reaches “70% to 80%.”