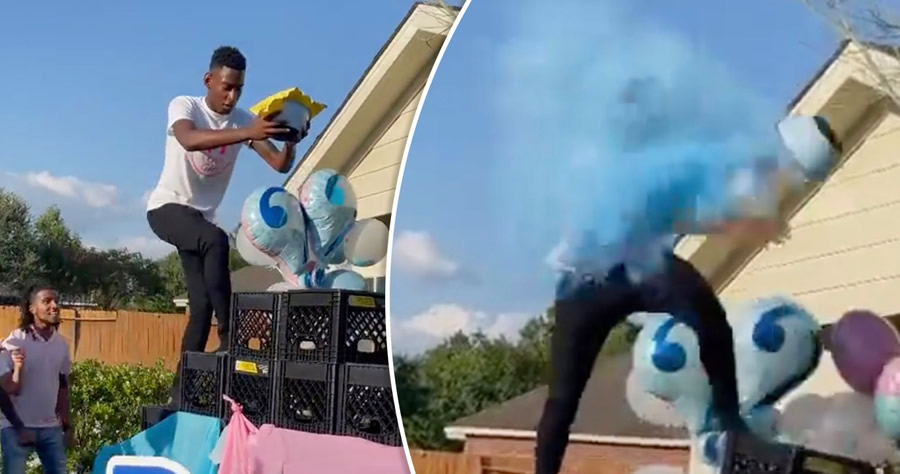 Thought gender reveal parties and TikTok challenges weren’t harebrained enough on their own? One idiotic couple decided to combine the volatile pastimes by disclosing the sex of their baby while attempting the highly dangerous “Milk Crate Challenge” — with disastrous results.

A video of their backfired feat currently boasts millions of views on Twitter.

For the (perhaps gratefully) uninitiated, the viral Milk Crate Challenge involves trying to ascend a staircase-like stack of plastic boxes. While seemingly simple on its face, the stunt generally results in the participant falling from a dangerous height and potentially injuring themselves, which has resulted in the high jinks getting banned on TikTok.

Nonetheless, one chuckleheaded man attempted to incorporate the foolhardy feat into his gender reveal party by scaling the milk crate Kilimanjaro while holding a parcel containing either blue or pink powder. 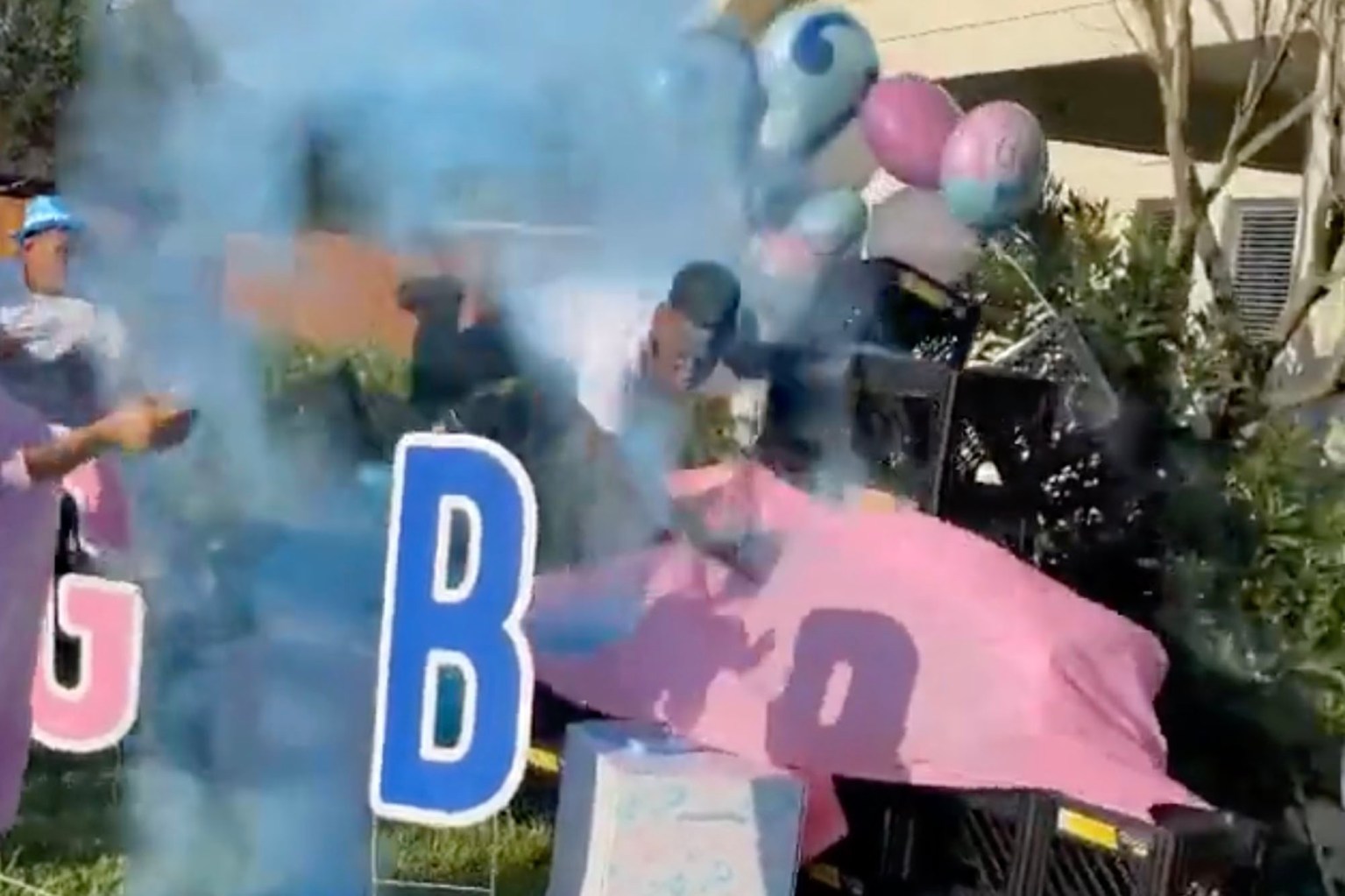